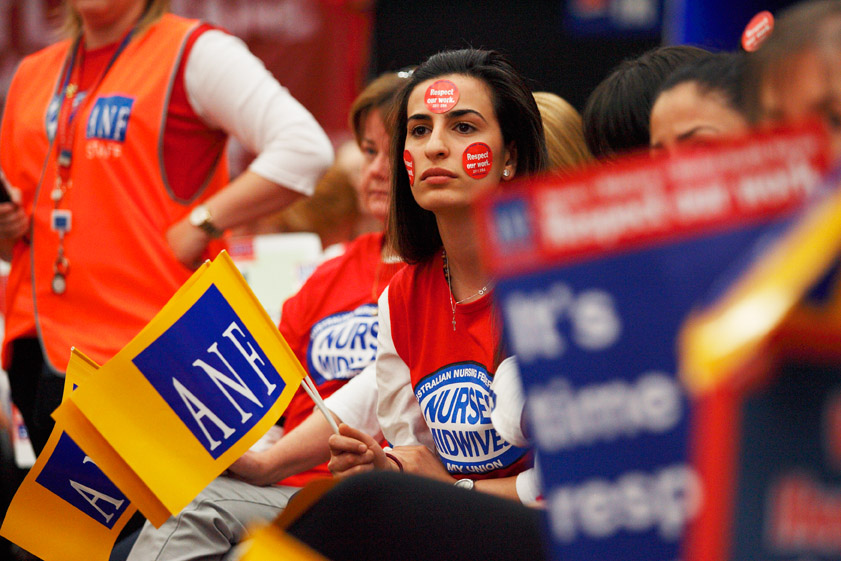 A 'Respect our Work' statewide meeting

It is ten years since ANMF members won their nine-month campaign to stop the Liberal Coalition state government from substituting nurses and midwives with assistants in nursing.

The Napthine/Baillieu Government’s secret plan was revealed in The Age newspaper on 6 November 2011. The Age reported that the cabinet-in-confidence documents, signed by then health minister David Davis, outlined a plan to cut the number of nurses and midwives and replace them with cheaper assistants in nursing. Within four years the government’s annual budget savings would reach $104 million.

In addition to nurse and midwife substitution, the public sector hospital plan also aimed for roster ‘flexibility’ with the introduction of four-hour shifts and split shifts.

At the time The Age reported the government’s game plan was to force the ANMF (then ANF) into arbitration by ‘deliberately frustrating pay negotiations’.

ANMF avoided forced arbitration thanks to a decision by the Australian Industrial Relations Commission (now Fair Work Australia) to ‘suspend’ rather than ‘terminate’ members protected industrial action in November 2011.

On 7 March 2012, after 33 community rallies and 14 days of rolling walkouts the parties agreed to resolve all outstanding issues. ANMF (Vic Branch) Secretary Lisa Fitzpatrick announced the truce at The Alfred hospital’s morning walk out and stop work, which quickly became a celebration. 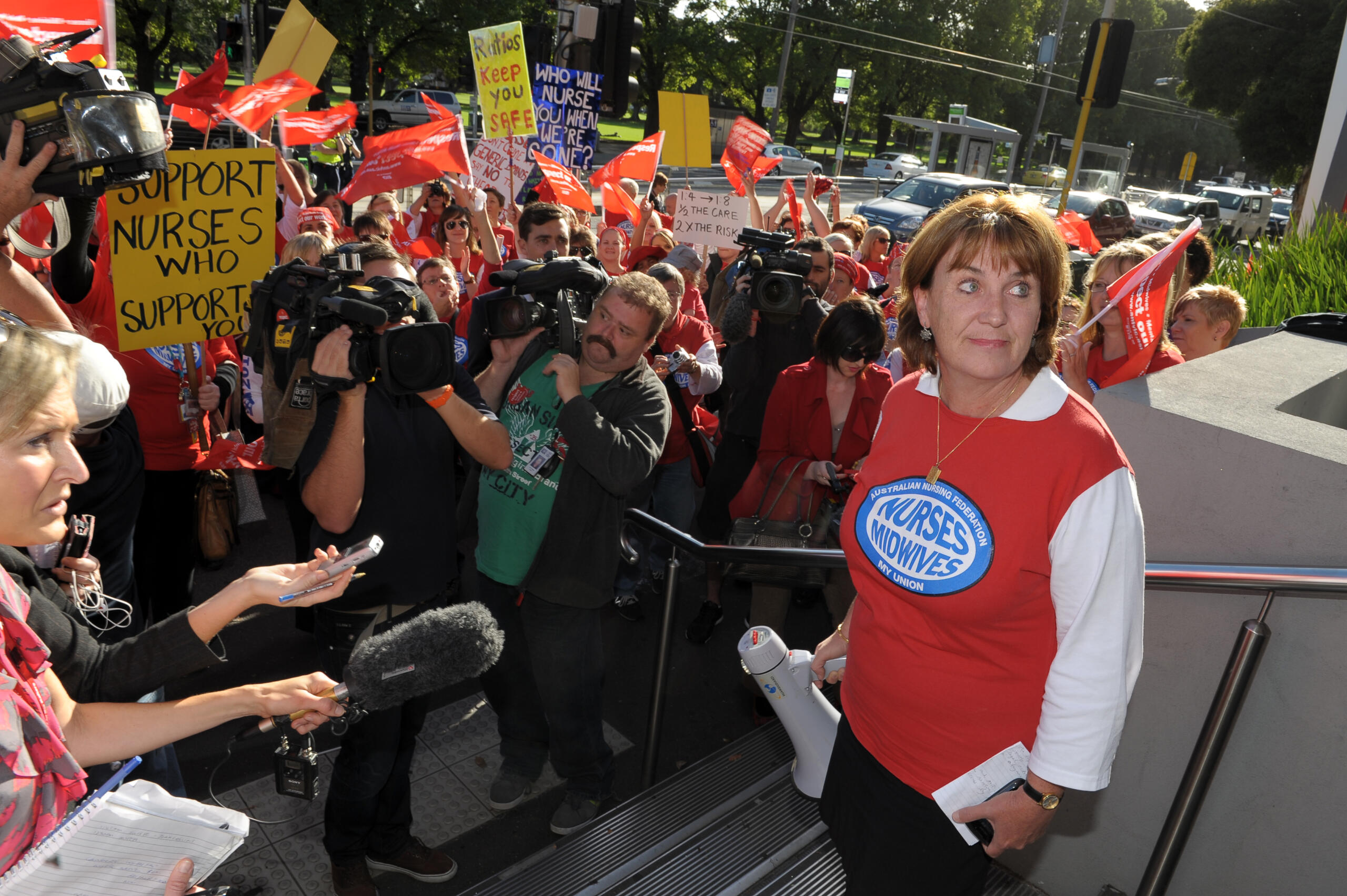 ANMF (Vic Branch) Secretary Lisa Fitzpatrick on the steps of The Alfred hospital on 7 March 2011. 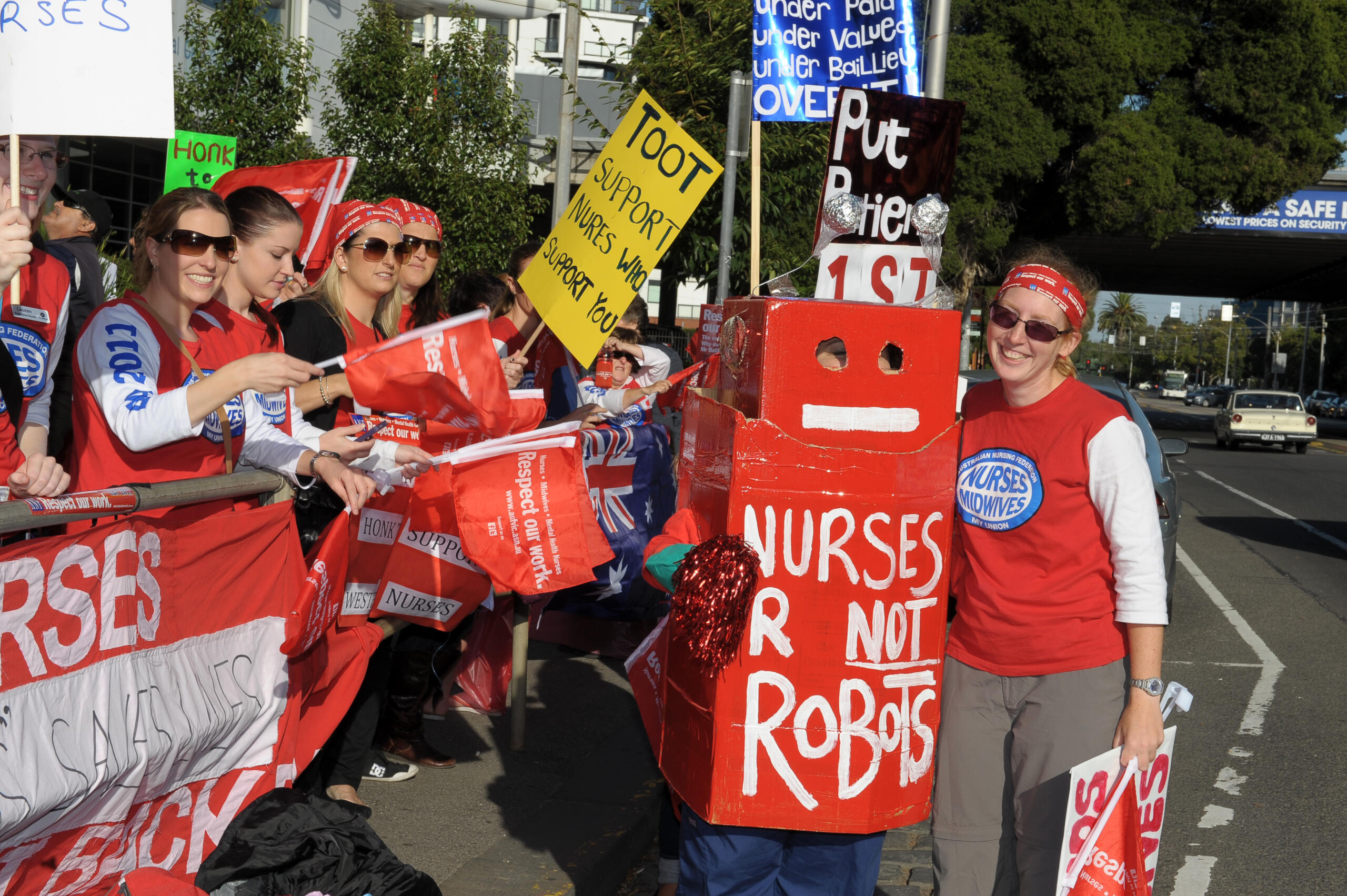 ANMF members ceased their industrial action the following day and voted at a statewide meeting at Festival Hall on 16 March 2012 to accept a new government offer that did not include the substitution of nurses and midwives or roster ‘flexibility’. 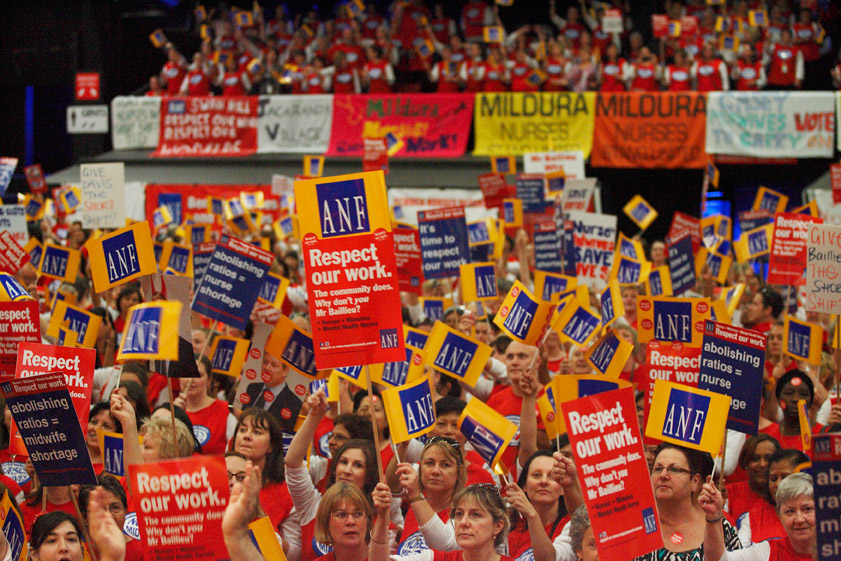 Prior to the Baillieu Coalition government’s election in 2010, then Labor health minister Daniel Andrews had agreed to trial ANMF’s idea for an undergraduate nursing student employment program. The students were to be rostered above the ratios.

After winning the election the Coalition Government dumped the student employment model trial and initiated its preferred trial of ‘health assistants’ at Austin Health. These ‘health assistants’ were to be used as part of ratios replacing nurses and midwives.

On 15 February 2012, The Age newspaper reported on PricewaterhouseCoopers’s trial evaluation report which found the eight-week training program left ‘health assistants’ overwhelmed by the work at times and ‘needed more training in death, dying and traumatic events’.

The program has flourished during the pandemic and expanded to Registered Undergraduate Students of Midwifery (RUSOMs) and the Pre-Qualified Nurse Employment Program in mental health services. Their contribution to the pandemic healthcare workforce cannot be overstated.

In the longest campaign of the ANMF’s more than 100-year history, members rallied, took protected and unprotected industrial action and had their pay docked as a consequence, door knocked an entire marginal seat and wrote resignation letters in the event nurse/ midwife substitution was introduced.

Ten years on we remember the extraordinary courage, stamina and determination of thousands of ANMF members who secured the 2011-12 ‘Respect our Work’ EBA victory.

The ingredients for a campaign 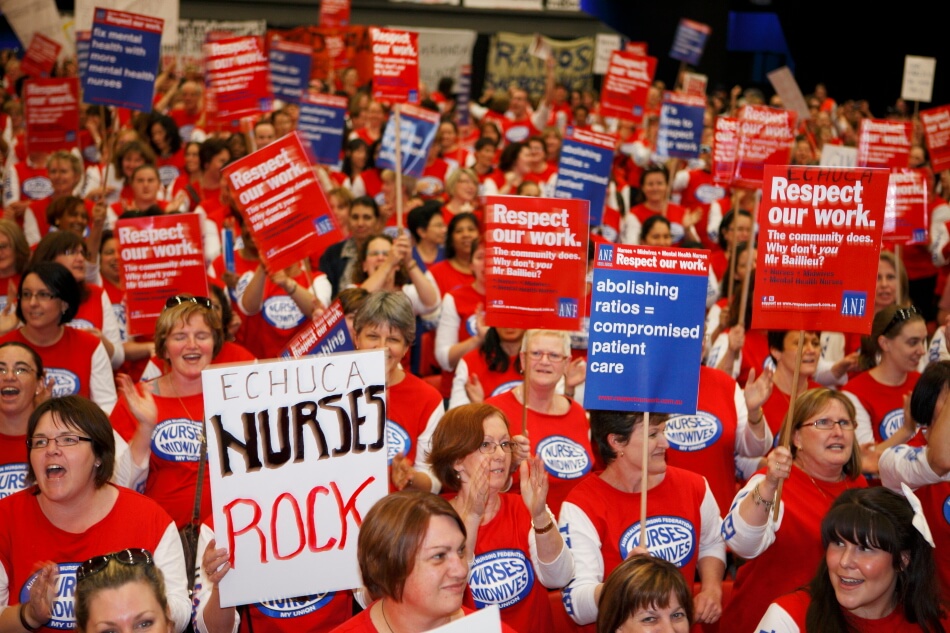 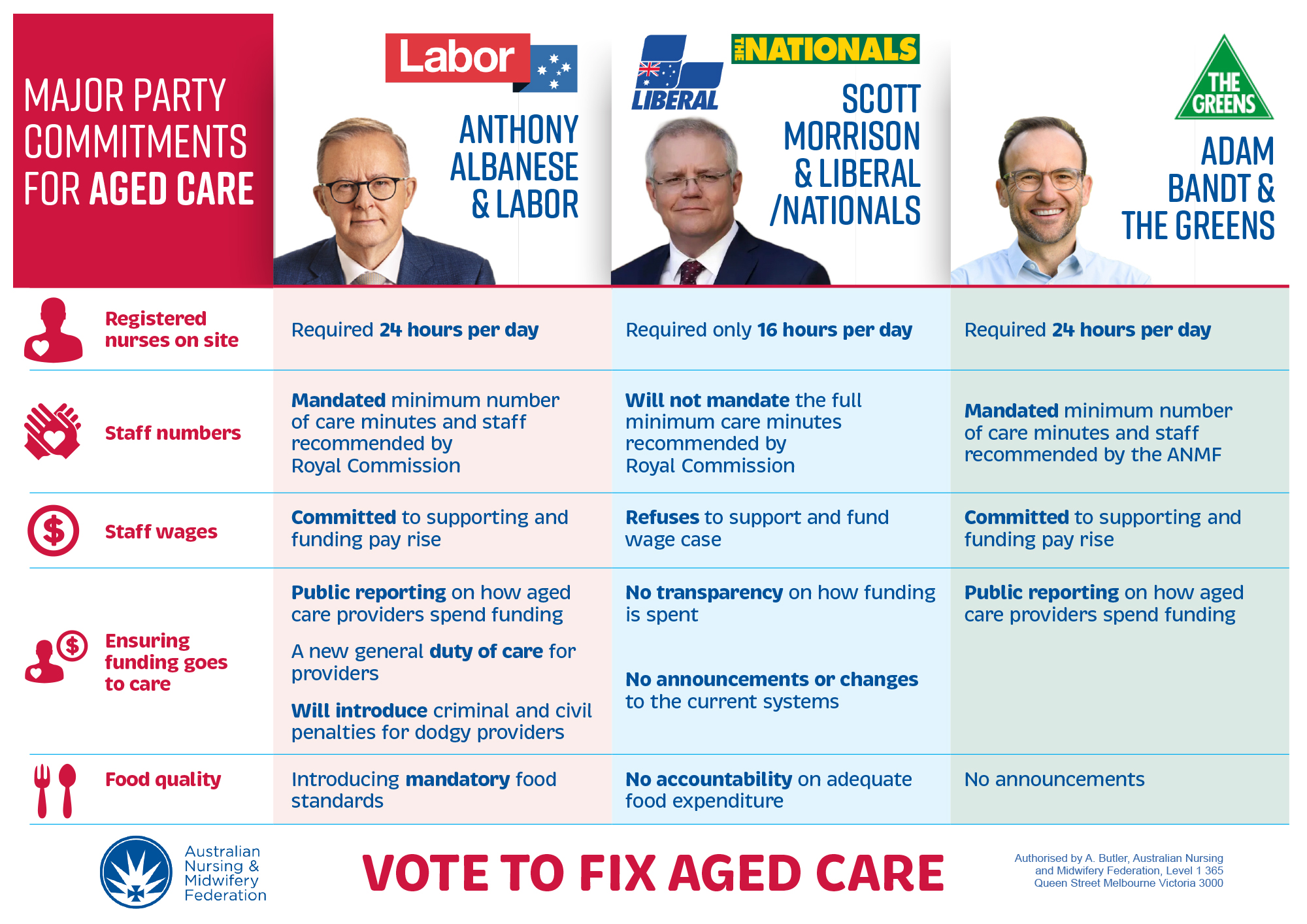 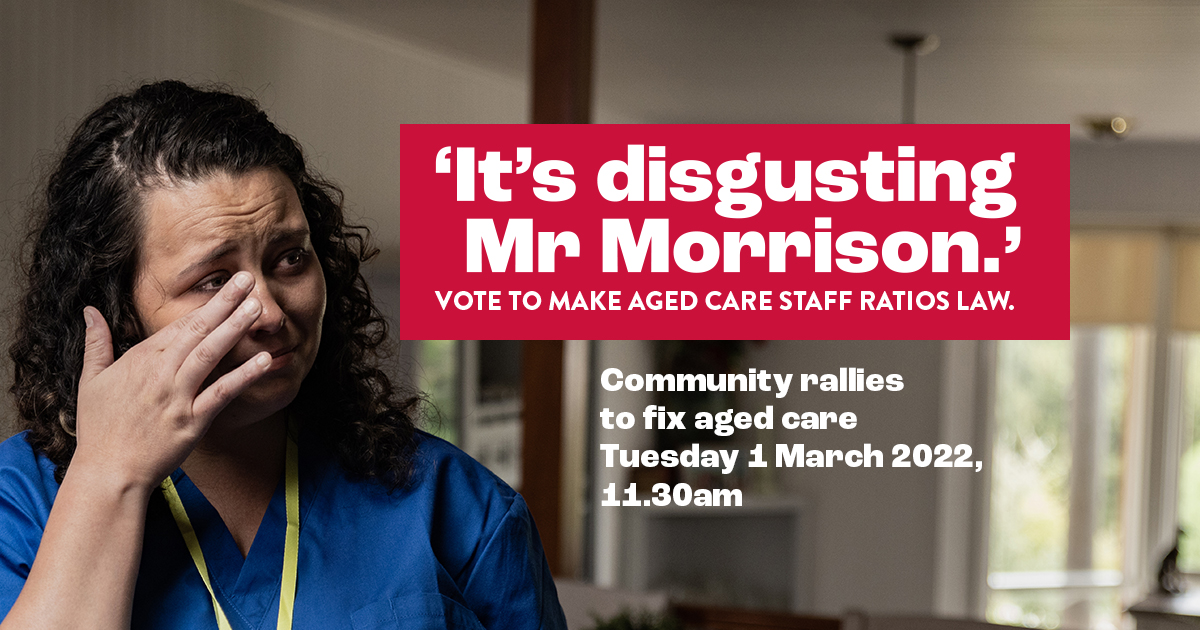 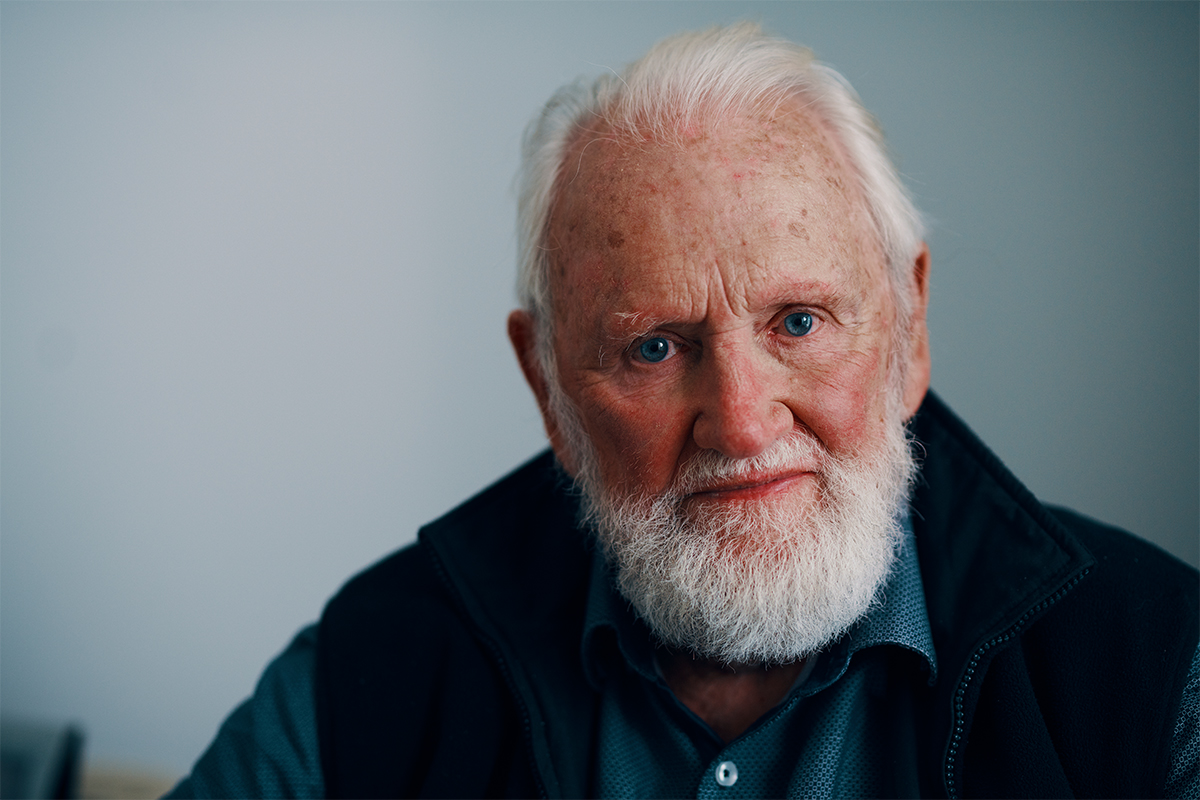 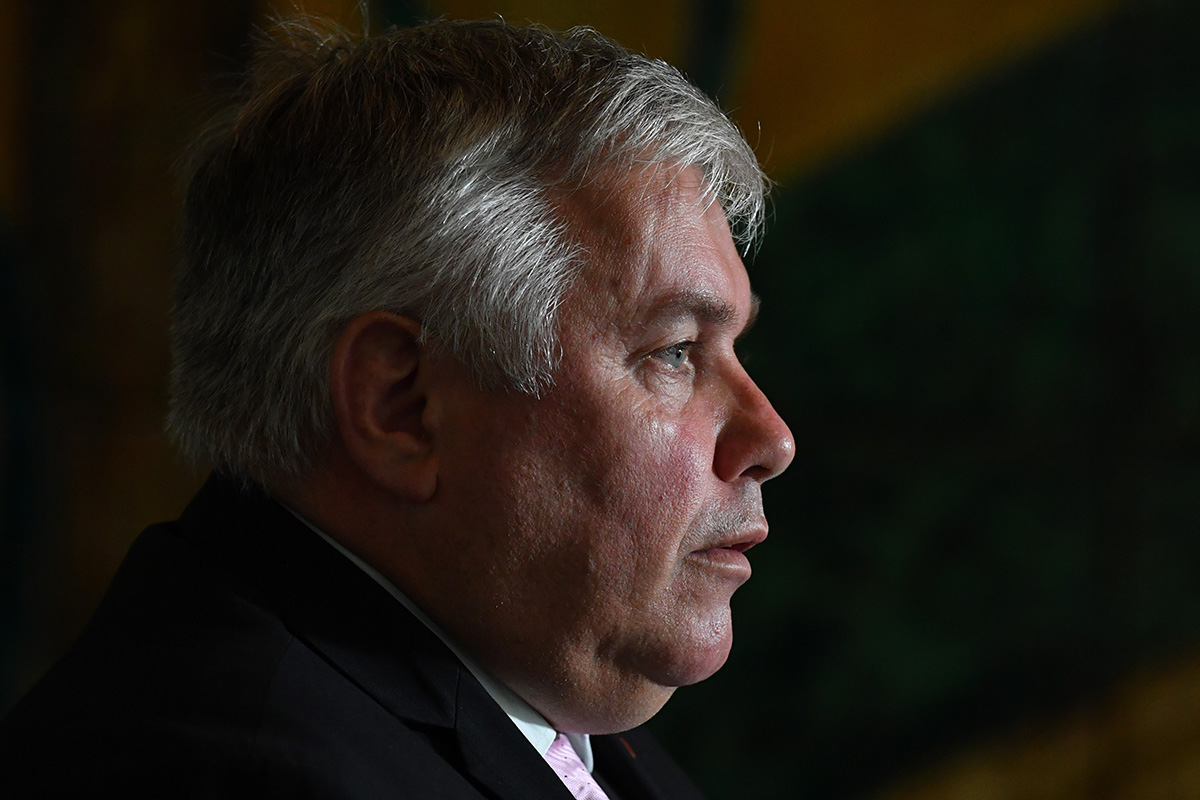