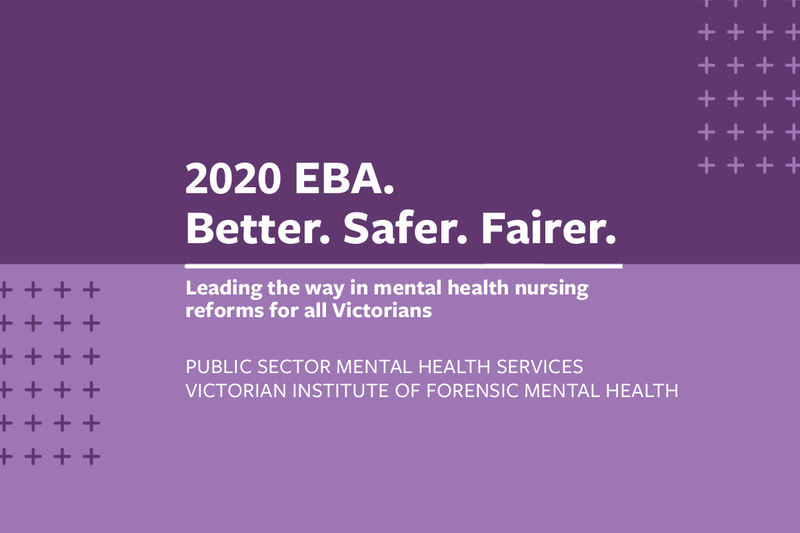 ANMF’s public sector mental health negotiations resumed for 2021 on 15 January, with the VHIA, the Department of Health and the Health and Community Services Union (HACSU).

To this end, ANMF supplied bed-based data collected from members to the employers’ representative in October 2020 and is comparing these figures with data provided by the Victorian Hospitals’ Industrial Association (VHIA) as part of resumed EBA negotiations.

The VHIA supplied its staffing data on 12 February.

ANMF continues to push our claims for improvements to nurse recruitment, replacement and skill mix in the community setting. We have been steadfast in our view that nurses play a critical role in community mental health teams and therefore we do not support dilution or substitution of nursing positions.

ANMF is confident that claims relating to improved education for perinatal mental health services have progressed. The Mental Health Royal Commission interim report highlighted this area as requiring additional resources and it was part of the ANMF submission to the royal commission.

Negotiations are not yet rescheduled for Forensicare. These discussions will resume after the finalisation of the mental health agreement given the number of common claims across both agreements.