Why we’re campaigning to change the rules 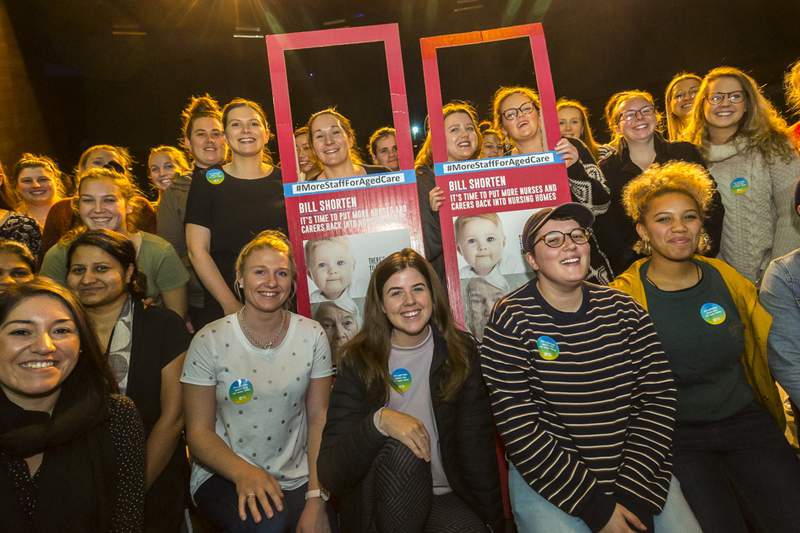 11/5/18 at the ANMF Undergraduate Conference. Photograph by Chris Hopkins

ANMF is currently participating in the wider union movement Change the Rules campaign and our national aged care ratios campaign with other ANMF branches. We encourage all members to participate.

There are many rules that need to change to redress the inequality between working people and big business that has arisen over the past 30 years. Changes being sought by unions that would impact ANMF members and their families include:

If you work, or have previously worked, in a private for-profit or not-for-profit (NFP) nursing home, you will know that there is never enough time to feed, bath and change vulnerable residents. The Federal Aged Care Act 1997 only requires an ‘adequate number of skilled staff’. We need legislated minimum staff ratios to protect residents and ensure safe and dignified care.

In contrast, Victorian public sector nursing homes have legislated ratios because of the significant public sector campaigns over the past 16 years that involved industrial action including banning resident admissions, closing hospital beds, walkouts and large rallies. In 2015 the Andrews Government legislated public sector ratios so we did not have to fight to keep safe staffing levels every time we re-negotiated an EBA.

Every time ANMF lobbies for aged care ratios the powerful aged care employers object. To achieve ratios in private and NFP homes we have to make aged care ratios an issue the wider community cares about so they demand change from our politicians. New label will warn against drinking during pregnancy