While Belinda Morieson was at the helm of the ANMF Victorian Branch, in 2000 our state became only the second jurisdiction in the world to introduce nurse/midwife : patient ratios.

She and former Victorian Branch Assistant Secretary Hannah Sellers came to the Victorian Parliament in August for the tabling of amendments to the Safe Patient Care Act 2015 which will see new and improved ratios in our public hospitals.

‘I just think it’s fantastic,’ Belinda said. ‘I congratulate Lisa (Fitzpatrick, Branch Secretary) and (Health Minister) Jill Hennessy and the relationship they have. I think Jill Hennessy is actually putting patients first and recognising the value of nursing – and that’s very rare coming from politicians, in my experience. This has been a very exciting moment.’

Palliative care nurse Helen Griffiths also came to Parliament House to celebrate the tabling of the ratios improvements legislation with Premier Daniel Andrews and Health Minister Jill Hennessy: ‘When I first moved to Melbourne I was working (at a ratio) of one to 15 patients and they were very sick, very vulnerable children and I felt very compromised. I wanted to leave nursing at the time because I felt it was just a matter of time before I made a major error. I just felt unsafe.

In my area, palliative care, we’re stretched pretty thinly so (ratio improvements) make a huge difference… it means we can deliver the care that we hope to give and the level of care and support that people deserve.’ 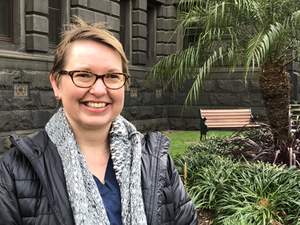