Like the nurses, midwives and personal care workers she admires so much, retiring Assistant Secretary Pip Carew has always been motivated to help others.

Without a shred of self-ambition, Pip was driven to improve members’ wages and conditions and their ability to safely care for patients, residents and clients. As a nurse, as an ANMF Job Rep, as a Branch Councillor, as a member assistance officer, as an organiser and then as Assistant Secretary – Pip was always striving for fair.

She has tenaciously represented public sector general nurses and midwives and mental health nurses in the last three EBAs, 2011-12, 2016 and 2020 ensuring they achieve the outcomes sought by members that mattered most. That is never as easy as it sounds.

Like all ANMF members and staff involved in the 2011-2012 ‘Respect our Work’ EBA campaign, Pip rolled up her sleeves in the difficult fight to save nurse/midwife patient ratios. The then Baillieu/ Napthine Coalition government was on a mission to replace the 8:8:10 roster with short shifts and split shifts. It also wanted to replace nurses and midwives with nursing and midwifery assistants.

That nine-month industrial and community campaign was the toughest since the 1986 50-day nurses strike. It was a little more bearable having Pip Carew on and by our side. Pip has had carriage of many elected official portfolios over the last decade and has critically extended our understanding of core union business beyond industrial, professional, health and safety, education and social justice. Her tenacious environmental and sustainability strategy and advocacy is behind ANMF (Vic Branch) playing a unique leadership role in mitigating the environmental impact of health services. Even those a little more stuck in their ways find it hard not to be swept up in her common-sense passion for reusing and recycling and perhaps even better – never getting it in the first place.

It has been a privilege to work with Pip and on behalf of members, branch staff and Council we wish her every happiness in her next chapter.

As we farewell Pip, we welcome Maddy Harradence who has been appointed Assistant Secretary. Paul Gilbert and I look forward to working with Maddy who will continue, among other portfolios, to lead the Branch’s response to the implementation of Victoria’s mental health reforms and environmental sustainability challenges. 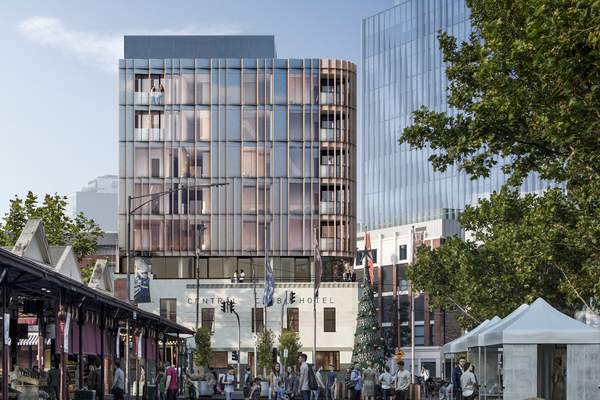