Health impacts of bushfire smoke: what they are and how to avoid them 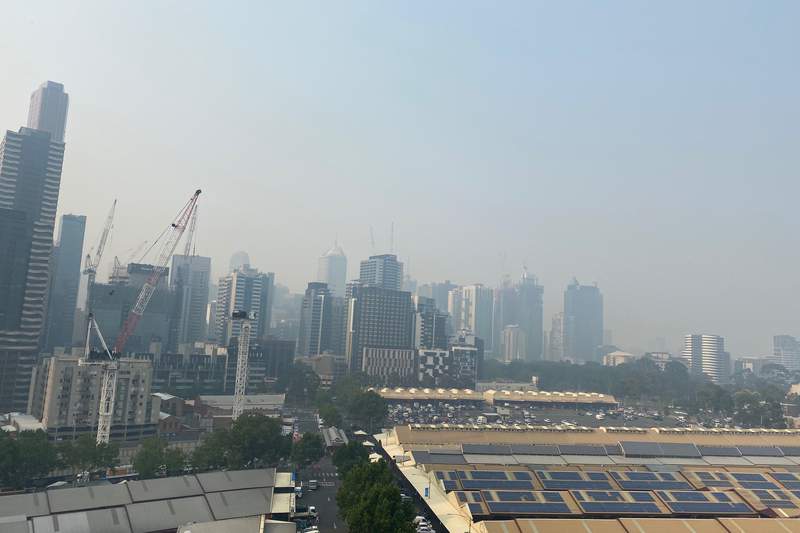 Regardless of whether you are, or have been, in an area where bushfires are burning, you, your family and patients may well have been impacted by smoke.

Air quality in East Gippsland and much of the north-east of Victoria remains very poor to hazardous, with 19 fires burning across the state and a fire-affected area spanning 1.3 million hectares.

Melbourne and Geelong have had very poor air quality due to smoke haze in early and mid-January. On Monday 6 January when Melbourne was covered in smoke haze, Ambulance Victoria recorded a 51 per cent increase in calls for breathing difficulties.

The Department of Health and Human Services has advised that bushfire smoke could cause serious aggravation to health effects in people over 65, children 14 years and younger, pregnant women and people with existing heart or lung conditions.

It could also have respiratory impacts for everyone else, with symptoms such as coughing and shortness of breath. The department advises everyone in areas heavily impacted by smoke to relocate where possible and safe to do so.

As this The Conversation article states, there is no safe level of air pollution and health risks increase with pollution levels.

The national standard for clean air in Australia is less than 8 micrograms/m³ of ultrafine particles. (The measurement refers to the weight of the particles in micrograms in one cubic metre of air.)

Particulate matter, or PM, of less than 2.5 micrometres (PM 2.5) can penetrate deep into the lungs. People who are exposed to bushfire smoke are advised to wear a P2 (N95) mask if they need to go outside, as they are able to filter out those ultrafine particles. However, these masks are not a substitute for avoiding smoke exposure, and must be well sealed to be effective.

People in smoke-affected areas are advised to:

If you have a heart or lung condition, have your medication and follow your treatment plan.

Ordinary dust masks, handkerchiefs or bandannas are unable to filter out fine particles from bushfire smoke.

Studies have shown that there is an increased risk of cardiac arrest associated with bushfire smoke. On days when severe smoke plumes affected Sydney’s air quality, deaths increased by around five per cent and hospitals admissions for lung problems increased even more.

On a global scale, around 340,000 premature deaths each year can be attributed to smoke from landscape fires. A recent study in China reported long-term exposure to a high concentration of PM2.5 particles is linked to an increased risk of stroke.

What you can do about the health impact of bushfire smoke

How does poor air quality from bushfire smoke affect our health?