Many members will be familiar with Jelena Dokic, either through her extraordinary but tortured tennis career or, more recently, her work as a commentator and bestselling author. Reps at the 2022 Delegates Conference were privileged to hear from Dokic herself, as she shared her powerful story of surviving family violence.

In her presentation, Jelena Dokic gave a detailed and sometimes difficult to hear account of the horrific abuse she suffered at the hands of her father, Damir Dokic, whose volatile and violent actions came to overshadow her career. But she also shared her story of escape, hope and survival.

The Dokic family came to Australia as refugees. They had fled the former Yugoslavia during the war, first spending several years in shocking ‘rat-infested’ conditions in Serbia before eventually arriving in Sydney when the tennis prodigy was 11 years old.

Dokic had been close to her father until she was about six. But when she got her first tennis racquet, everything changed. She showed immediate promise, but something in her father ‘flipped’, she said. ‘The day I discovered tennis was also the day I got my very first beating. He viewed my potential success in tennis as an escape from poverty, but he thought I wasn’t good enough.’ Things were never the same.

Paradoxically, the better she got at tennis, the worst the abuse became. ‘So I just worked harder, trained harder, tried harder. All I wanted to do was please him and I thought if I can just do better, he will be happier.’

When she was 15, Dokic won the US Open girls singles title, the French Open doubles title, and the Hopman Cup with Mark Philippoussis. She was the number one junior player in the world. At 16, she beat world number one Martina Hingis in straight sets during the first round at Wimbledon. To this day, that match stands as one of the biggest upsets in tennis history.

‘Australia went wild,’ she says. ‘This win captured the hearts of people all over the world – except the person whose heart I most wanted to capture: my father’s. Every single moment of joy, success, happiness and achievement that the public saw was overshadowed and underpinned by pain, fear and suffering.’

Dokic became known for her relentless pursuit to win, but it wasn’t until she published her autobiography in 2017 that the public learned her drive to win was fuelled by the fear of what her father would do to her if she lost. ‘No matter what I achieved in my career, he always made me feel like it wasn’t good enough . I was terrified of him.’

When she lost a match, her father would beat her. The beatings included hitting, kicking and punching, hitting her with a belt to the point of bleeding, spitting in her face and insulting her. ‘Sometimes, even if I won a match, I was beaten. It was a lose-lose scenario.’

The abuse also included financial control, social isolation and public humiliation. All her earnings went to her father. He didn’t allow her to have friends. And he forced her to front the media and ‘deliver his absurd allegations about competition rigging and conspiracy theories’, much to her shame and embarrassment.

‘Kindness is so important. You truly never know what anyone is going through unless you ask them … Sometimes paying attention and being kind to others might change someone’s life.’

Dokic’s breaking point came in two stages. First, in Montreal, where she was left unconscious following the worst beating of her life. ‘This was the catalyst for me to decide to escape,’ she told the audience.

The second stage came a few months later, when her father forced her to swap allegiance from Australia to Yugoslavia in the middle of the Australian Open. He was convinced the draw was rigged and he ‘erupted with an irrational and abrupt decision for me to immediately switch countries. He forced me to announce this right before my match against Lindsay [Davenport] on home soil. I hated this decision and I hated that I had to announce it to the world media as though it was my choice.’

It was gut wrenching, she says. She loved Australia, and switching allegiances felt like she was turning her back on her adoptive country and fans. She was 17, and suddenly subjected to tens of thousands people at Rod Laver Arena jeering her. It was the worst experience of her life.

‘So with these two incidents, without a shadow of a doubt I knew I would be escaping. I was very afraid because there’s never a good way to leave, and I knew it would have catastrophic repercussions.’

Her father threatened to kill her, and anyone he found her with. He gaslit her, and blamed her for abandoning her mother and brother. ‘He made me feel like I was this terrible person for leaving even though I had been the victim for more than 14 years.’

As a result of what she endured, Dokic experienced depression, anxiety and post-traumatic stress disorder. She had suicidal thoughts. It took many years, but with professional help and belief in herself, she found her way back to health.

‘Even through the darkest times, a part of me always believed that I could get through anything, and I was never going to give up,’ she said. ‘Our beliefs play a huge role in what we’re actually capable of achieving. Belief is such a big part of getting through. No matter what was happening off the court and how bad it got with my father, I always believed there was something better, and I believed that I deserved better.’

Dokic left conference attendees with this message: ‘Kindness is so important. You truly never know what anyone is going through unless you ask them. People thought I was a brat when I was actually broken inside. I wish someone would have asked if I was okay. Sometimes paying attention and being kind to others might change someone’s life.’

Sharing her story, she concluded, is about helping others. ‘It’s about raising awareness of issues of domestic violence and mental health. If sharing my story can help even just one person then it’s worth it. My father did everything in his power to break my strength, my spirit, my courage, my joy, my freedom. But here I am sharing my story with you.’

If you are affected by this story and want to seek assistance, call 1800RESPECT or visit safesteps.org.au.

For further information and resources specifically for nurses, midwives and carers, ANMF (Vic Branch) encourages you to visit safehaven.anmfvic.asn.au. 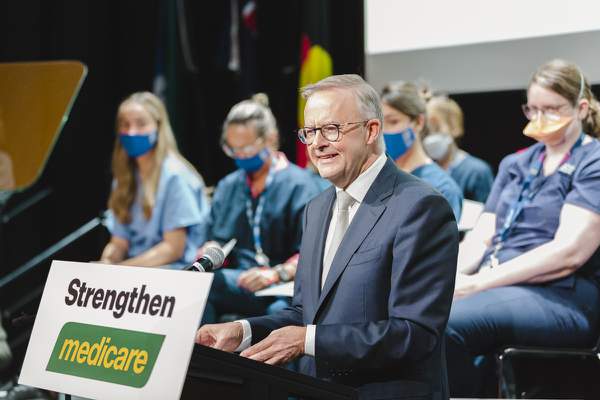