The roots of the RUSON/M model were founded under the Brumby Labor Government, when as health minister Daniel Andrews agreed to trial the then ANF (Victorian Branch)’s idea for an undergraduate nursing student employment program that would have rostered students over and above ratios. But after winning the election in December 2010, the Baillieu Liberal Government scrapped the planned trial.

In its place, the new government relied on earlier pilot programs at Austin Health (under then CEO Dr Brendan Murphy) and Bendigo Health to inform a plan as part of its 2011 enterprise agreement bargaining strategy, that would not only have replaced nurses with cheaper, unregistered and barely trained ‘health assistants’, it would have abolished ratios.

As revealed in leaked Cabinet documents signed in May 2011 by then health minister David Davis, the Baillieu/Napthine government had ‘developed a secret plan to goad the state’s nurses into industrial action so it could force them into arbitration, cut nurse numbers and replace them at hospital bedsides with [Certificate III] health assistants’ as well as making ‘nurse-patient ratios more flexible’.

ANF members were, at the time, negotiating a new EBA with the government. In response to the revelations in the leaked documents, members were left with no choice but to escalate and their campaign eventually became the profession’s longest running industrial dispute: the 2011–2012 Respect Our Work EBA campaign.

Over months of negotiations, members protested, closed beds, signed petitions, doorknocked, walked off the job, had their pay docked and wrote resignation letters, ready to send the moment nurse/midwife substitution was introduced. 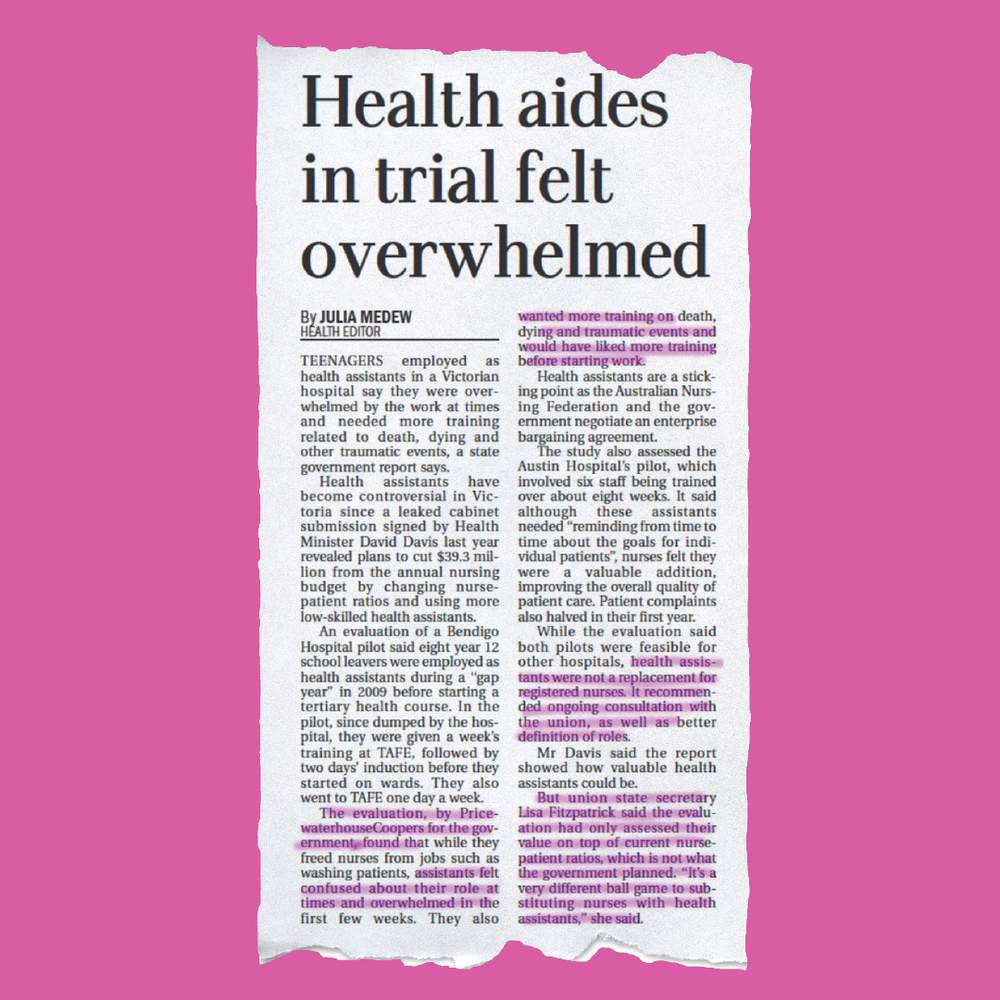 ‘Working with unlimited health assistants as part of the existing nurse/patient ratios is unacceptable,’ Branch Secretary Lisa Fitzpatrick said at the time. ‘Nurses and midwives have serious concerns that the Baillieu Government fails to recognise that its push to replace nurses with health assistants ignores the strong evidence that shows lower qualified nursing numbers are linked to poorer patient outcomes.’

As difficult as it was, members’ actions were successful, forcing the Baillieu Government to back down. Alongside the other asks of the Respect Our Work campaign, the proposal to replace nurses with health assistants was no more.

Heading into the 2014 election, the then Andrews Labor Opposition agreed to revisit the newly renamed ANMF’s above ratio ‘earn while they learn’ student nursing employment program should they win government. When they did, the new health minister Jill Hennessy restarted the program and in 2016 the first RUSONs walked onto wards at Monash Health, Alfred Health and Eastern Health for a 12-month trial. The following year, the trial expanded to include Northern Health and Peninsula Health, with Ballarat Health Services running the first regional pilot beginning in 2018.

By 2020 and the arrival of COVID, the model had become an accepted part of Victoria’s healthcare system, and a welcome addition to the state’s pandemic response. In November of that year, the first RUSOM pilot began, at Western Health, while a similar pilot for pre-qualified registered and enrolled nursing students in mental health also got off the ground at NorthWestern Mental Health, Forensicare and South West Healthcare (Warrnambool).

By 2021, RUSOMs were on the wards at the Royal Women’s Hospital, Peninsula Health, Bendigo Health and Mercy Hospital for Women (growing to 15 services by 2022), while the mental health student nursing employment trial was expanded to become the Pre-Qualifications Positions Program, operating at NorthWest Mental Health, Alfred Health, Bendigo Health, Eastern Health, Monash Health, St Vincent’s Hospital and Grampians Area Mental Health Service. All these services have been funded for 2022–3 to continue the program.

A key tenet of the RUSON/M model – and one of its major differences from the Baillieu Government’s proposed health assistants – is that students are registered with AHPRA and must be employed in addition to the legislated nurse or midwife ratios, not in place of them (the ongoing Omicron wave, forcing many nurses and midwives to furlough, has had the unfortunate but temporary effect of impacting legislated ratios).

To apply for a RUSON or RUSOM placement, a student must be in their second or third year of undergraduate nursing or midwifery studies, and must be registered with AHPRA as a student nurse or midwife.

The RUSON/Ms work under the supervision of a registered nurse/midwife, and their scope of practice is clearly defined: the activities they can perform differ from those performed when students are on clinical placement as part of their Bachelor of Nursing or Midwifery studies.

In addition to the essential help RUSONs and RUSOMs have provided to their registered and enrolled nursing and midwifery colleagues during the pandemic, the employment model offers nursing and midwifery students invaluable real-world experience in their chosen career while they study, easing the eventual shock of transition to practice once they graduate.

For undergrads who might otherwise work in retail or hospitality while at university, it also offers a valuable income stream that supports their studies (see pay-rate table below). And in regional areas, feedback suggests the model is helping to build and maintain a local workforce, with students more likely to stay in the region where they have an existing relationship with a healthcare service.

It is part of a wider, systemic approach to building and retaining the workforce. ‘Providing employment to undergraduate nursing students as part of the RUSON model is a win/win for students, health services and patients’, says Ms Fitzpatrick.

‘Students are employed in a role that complements their studies and, in turn, supports the provision of more timely care whilst also relieving workload pressure for the nursing team.

‘Anecdotally,’ she adds, ‘we know the program is providing a better transition from student to graduate.

The terms and conditions of employment for RUSONs and RUSOMs are outlined in the Nurses & Midwives (Victorian Public Health Sector) (Single Interest Employers) Enterprise Agreement 2020-2024), clause 106.1. In the new mental health EA, prequalified registered student nurses will be identified as RUSONs, with terms and conditions outlined; prequalified enrolled student nurses will continue to be known as PQSENs.

The EA also outlines the hourly ordinary time rates of pay for RUSONs and RUSOMs (with higher casual rates):

This article was first published in the July 2022 edition of The Handover. 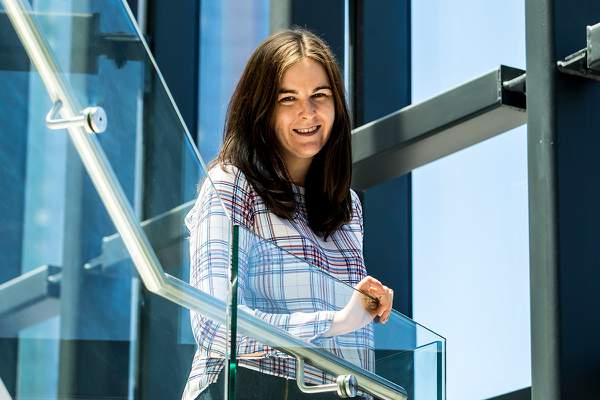 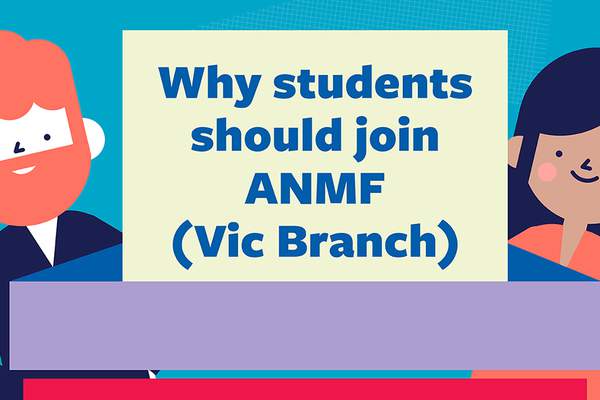