NSWNMA nurses and midwives in the Sydney CBD on 31 March 2022. Photo: NSWNMA

Across the border in NSW, our colleagues’ situation is vastly different. On the same date, 14 February, they were preparing to walk off the job, despite a last-minute ruling by the NSW Industrial Relations Commission (IRC) declaring their planned action illegal. On Tuesday 15 February, thousands of NSW nurses and midwives participated in a statewide strike – the first in NSW since 2013 – to demand nurse-to-patient and midwife-to-patient ratios on every shift.

Fed up with the government’s refusal to prioritise safe staffing in public hospitals, more than 13,000 NSW Nurses and Midwives’ Association (NSWNMA) members had voted in favour of the industrial action. The IRC ruling, informed by NSW Health’s ironic argument that the strike would ‘cause significant disruption to the safe staffing of health facilities and present a risk to employee and public health and safety’, had ordered the union to stop organising and call the strike off.

NSWNMA council instead backed the decision of members to continue with the now unprotected industrial action. As NSWNMA General Secretary Brett Holmes told media, ‘we don’t recommend industrial action lightly, especially when a pandemic is still underway, but the status quo can’t continue.’

A second strike took place on 31 March due to the Perrottet Government’s continued inaction, again despite an IRC ruling outlawing it. An estimated 5,000 NSWNMA members walked off the job in the Sydney CBD, along with thousands more in 27 locations around the state. Addressing the nurses and midwives outside NSW state parliament for the second time in as many months, Mr Holmes said ‘People in NSW deserve the benefit of safe staffing ratios, just like they have in Victoria, Queensland, the Australian Capital Territory, and recently committed to in South Australia. The NSW government must appreciate the value of people’s lives before our state falls further behind.

‘If they don’t negotiate,’ he added, ‘we will be back here again and again.’

As long as the status quo shows no sign of improving, there are some NSW nurses and midwives who live in border communities who are talking with their feet and choosing to work in Victoria. Erin McMahon is one. Erin lives in NSW and previously worked in the emergency department at Corowa District Hospital before switching to a job at Wangaratta Base Hospital in early 2021.

‘The conditions where I now work are greatly improved in terms of staffing and support. And the money for me is better in Victoria.’

Her decision was motivated almost exclusively by NSW’s lack of staffing ratios, and she says it was ‘absolutely worth it’ – even though her former ﬁve-minute commute is now a 90-minute round trip.

‘The conditions where I now work are greatly improved in terms of staffing and support. And the money for me is better in Victoria. The conditions that I was working under in NSW Health were just far too stressful. I was burnt out from everything that was going on in that health system.’

In Victoria, the Safe Patient Care Act legislates minimum nurse-to-patient and midwife-to-patient ratios. In NSW, Erin regularly worked the ED alone, regardless of the number of patients (she also did double shifts most days): ‘You’re working solo, and in isolation between two locked doors. If anything happened, no one would know about it.’

As the president of NSWNMA’s Corowa branch, Erin spent 18 months fighting ‘to get an extra staff member in the ED’ but after only securing someone between 11pm and 7.30am she gave up and crossed the border – for her own physical and mental health.

‘The conditions were actually getting worse,’ she says, adding that there were several other nurses who reached their breaking point and left around the same time. Indeed, Erin estimates that around 20 to 25 of the nursing staff currently at Wangaratta Hospital live in NSW but choose to work and commute daily to Victoria ‘because conditions and pay are better’.

‘I knew that Victoria had ratios since 2000 and that was honestly one of the biggest motivators for me to come and do my graduate nursing year here.’

Another nurse who crossed the border in search of safer working conditions is ANMF (Vic Branch) Assistant Secretary Madeleine Harradence, who moved from Sydney to Melbourne in 2009.

‘I came to Victoria for ratios,’ she said. ‘As a student nurse in Sydney, I saw the devastating impact of working in an unregulated system with un-fathomable workloads. I knew that Victoria had ratios since 2000 and that was honestly one of the biggest motivators for me to come and do my graduate nursing year here.’ In letters of support sent to NSW colleagues ahead of the February and March  strikes, ANMF (Vic Branch) Secretary Lisa Fitzpatrick said ‘we hope the Perrottet NSW Government listens to NSWNMA and your nursing and midwifery members and introduces shift-by-shift ratios. Ratios would provide transparent minimum staffing levels to ensure your members can provide safe patient care.’

Expanding on the point in the second letter, Ms Fitzpatrick said ‘Victorian ANMF members fought hard to secure ratios, and their benefits are not theoretical: they are a matter of life or death. Victorian public sector aged care facilities, which have legislated nurse-to-patient ratios, reported 14 deaths over the course of the pandemic; federally run private aged care facilities in the state, which are not bound by legislation regarding ratios or skills mix, have reported 1230 deaths in the same period.’

Ms Fitzpatrick also reiterated ANMF (Vic Branch) support for NSWNMA members’ calls for a fair wage increase to compensate for the insulting 0.3% pay rise in 2020 and 2.04% in 2021.

The strikes were the latest volley in a decade-long NSWNMA campaign for shift-by-shift ratios, similar to what was legislated by the Andrews Government in 2015 via the Safe Patient Care Act, and later improved, making Victoria the first state in Australia to legislate nurse-to-patient and midwife-to-patient ratios in public hospitals.

Prior to the Act, Victorian ratios had been included in the public sector enterprise agreement since they were first secured by ANMF members in 2000. But every four years they were threatened during enterprise agreement negotiations. In 2019, the Andrews Government passed the Safe Patient Care Amendment Bill, outlining further ratio improvements and further cementing the safeguards of the Act by preserving ratios in law.

The surge workforce models implemented in some wards in some health services were an extraordinary, and temporary, measure introduced to manage the pandemic response. With the official end of the code brown, health services are required to resume legislated shift-by-shift ratios, and comply with the SPC Act.

By mid-March, the majority had done so, with only 10 health services continuing to use some form of surge model and not in all areas or on all shifts. Those services were given until 31 March to comply. Any service still not complying by 31 March has had to enter into negotiations for a local agreement with ANMF. At the time of writing only Goulburn Valley Health, the Womens and Monash Health are seeking to utilise surge models in some wards beyond 31 March, and consultation has commenced at these services. Affected members will be part of any negotiated local agreements. Any local agreement must be time limited and outline the rationale for any extended use of these models noting they must return to legislated ratios as soon as possible. 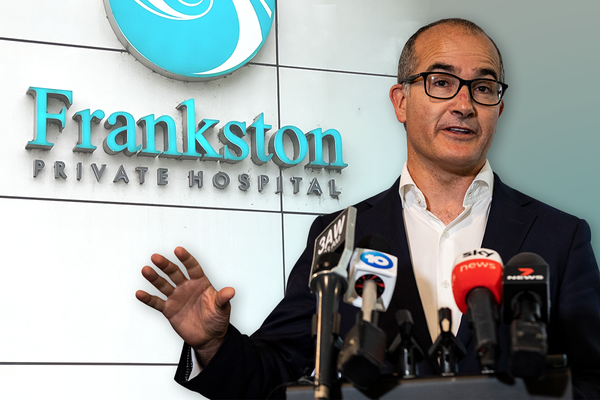