Mlisho Karega arrived in Australia in 2009 as a 19-year-old refugee with his younger brother in tow, having fled war and trauma in their homeland, the Democratic Republic of Congo.

They could speak only a few words of English and had spent three years in limbo, living in a refugee camp in Tanzania.

‘The rest of my family, what happened is quite sad and I can’t go through all that…’, Mr Karega said, sitting in the living room of the house he shares with his partner and his brother, who is now 20 and studying engineering. On the walls are Mr Karega’s graduation photographs and in frames, a Diploma of Nursing and Bachelor of Nursing.

It’s not even eight years since Mr Karega arrived and not only has he learned English but he has studied in English – his third language – to earn two nursing qualifications and a job as a registered nurse in the coronary care unit of Sunshine Hospital.

‘Everything changed when we came here because coming to this wonderful country was like a dream come true,’ he said.

‘Coming here for me was an opportunity.’ Mr Karega has long wanted to pursue a career in healthcare, having had treatment for an illness that required frequent hospital care when he was a young boy. But he had the misfortune to be born in a country that has experienced the bloodiest conflict since World War Two.

The Second Congo War, which began in 1998, caused over five million deaths, two million people to be displaced and has left a legacy of endemic violence, corruption and poverty, despite the vast mineral wealth of the country. Mr Karega, caught up in these circumstances, did not have the opportunity to finish school.

‘I come from a poor family. I think “Education is everything to me. I have to focus. I have to study” and I did hours of study, Monday to Sunday. ‘In this country you can become anyone you want to be, no matter your background, so use that opportunity.’

As a refugee Mr Karega was eligible for 500 hours English tutoring through the Federal Government’s Adult Migrant English Program. He then undertook further English language study at Victoria University before starting a Gateway to Nursing course.

Mr Karega embarked on a Diploma of Nursing and worked as an enrolled nurse in aged care for nearly two years before undertaking a Bachelor of Nursing. He is now planning to do a Master of Nursing in cardiac care.

Mr Karega continues to spend much of his free time studying, as he says there is always more to learn about caring for patients.

He wants to tell his fellow ANMF members they do a marvellous job.

‘It’s about what’s in your heart, delivering a high standard of care. You think about someone who’s lying in a hospital bed, somebody who is somebody’s sister, somebody’s brother, somebody’s mother and you deliver the best care until they go home. You go home happy.

‘That’s what it’s all about. It’s not about money. It’s about compassion and delivering that high standard of critical care to someone who’s ill.’

Mr Karega acknowledged that despite the hours he has devoted to studying English and nursing, he would not be in the position he is today without the support of individual members of the community and Australians via our government. When he arrived in Melbourne, one of his priorities was to build his network, making friends at university, at work and with other Congolese, most of whom also arrived as refugees.

‘I became who I am today because of people – and choosing this profession, the one I have been dreaming about since my childhood, it’s like giving back to the community.’

Although having a community of Congolese friends gives precious access to the language and culture of his past, as refugees of war they have to be careful about bringing up memories.

‘It’s quite sad when you go in deep to what is happening overseas, especially if you have experienced war. You have trauma, you’ve lost people, so you don’t
want to start remembering but thoughts can come sometimes and you start crying,’ Mr Karega said.

‘Things happen in life and the good thing is to take what happened and say ‘These things happened. I don’t want to lay down the rest of my life’ and so you take that as courage and move on… I did struggle, a lot, a lot, so when I came here I said education would be my everything. I choose education, I study 24/7. I choose to focus on this.’ 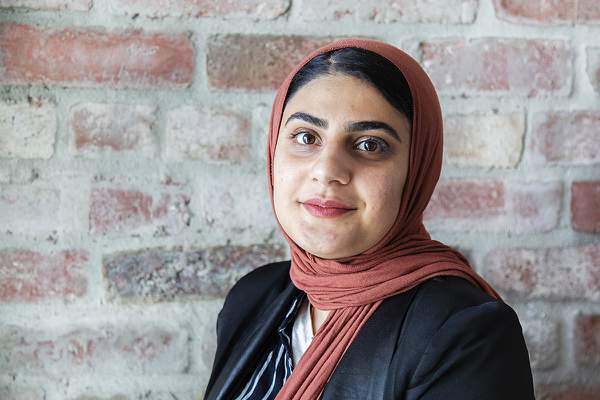 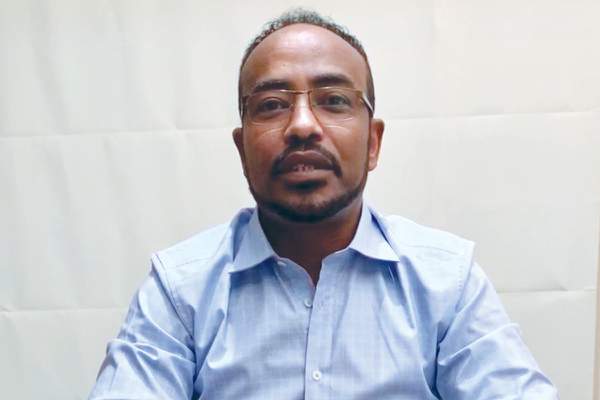