In an article in the ANMF (Vic Branch) publication On the Record of July 1991– 30 years ago this month – the staff writer recounts a conversation with a fellow nurse who regarded environmentalists as ‘hairy-legged people who chain themselves to logging trucks. You know, hippies and drug addicts.’

‘Hospital greenies are up against something more insidious and far-reaching than logging a forest: how to combat the “disposable everything” trends in service delivery’, the writer said, in what is now a historical record of Victorian nurses being early adopters of the sustainable healthcare cause.

The article outlined the case of a public sector enrolled nurse and her manager investigating and costing the use of non-disposable medication cups, finding they could make considerable financial, not to mention, environmental savings, by doing so. The pair encountered bureaucratic barriers further up the line but were certainly not alone among ANMF members pushing for more sustainable practice at the time.

‘In hospitals such as Geelong and Cabrini what began as nurse initiatives have captured the imagination of all staff and multi-disciplinary groups are now working towards the common goal of environmentally-friendly health care,’ the article enthused.

Thirty years on, ANMF members are still pushing for sustainable practice, investigating ways to reduce, reuse and recycle to lessen the considerable carbon footprint of healthcare. ANMF (Vic Branch) is behind these members all the way, using the strength of our membership to advocate for a healthy planet to support healthy people.

At the 2012 Delegates Conference, a resolution was passed asking ANMF (Vic Branch) to become more involved in policy debate on climate change and environmental issues. ANMF has taken members’ request to heart, appreciating the urgency of addressing climate change.

ANMF (Vic Branch) established the annual Health and Environmental Sustainability Conference and a Green Nurses and Midwives Facebook page, to enable nurses and midwives to share ideas and hear about how best to tackle environmental sustainability issues.

We developed the course Nursing for the Environment Intensive (the next course is on 6 October 2021), employed an environmental health officer and lobbied the Victorian Government to include health in its waste education strategy and engage a waste education officer for the state.

We worked with the waste education officer to develop resources for public health services and with the Victorian Therapeutic Advisory Group to develop pharmaceutical waste guidelines.

ANMF (Vic Branch) members can now access all resources and links related to environmental sustainability from the ‘Campaigns’ page of our website.

Stay tuned for the CPD we are developing on how to get started in sustainable practice and start a ‘green team’ at your workplace. 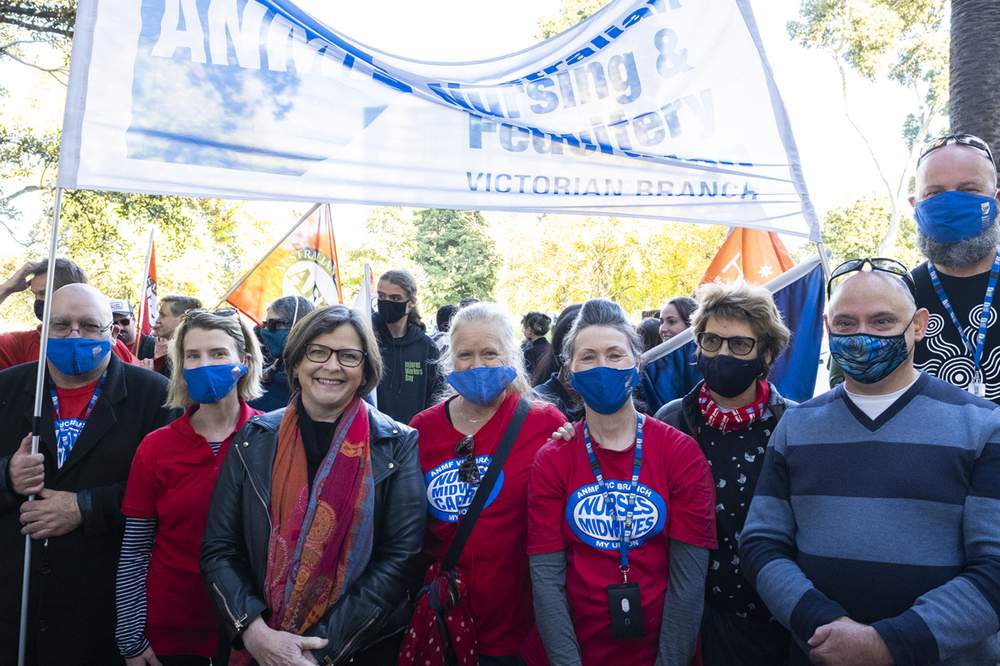 Part of a bigger picture

In an inspiring move, the UK’s National Health Service (NHS) announced in October 2020 its aim to be the world’s first net zero emissions health system. For the emissions it controls directly, the NHS aims to reach net zero by 2040 and reduce emissions by 80 per cent by 2028-2032.

Healthcare without Harm, a global movement for environmentally responsible healthcare, has released a global roadmap for healthcare decarbonisation. This is supporting health organisations to consider what they would need to do to reach zero emissions.

ANMF (Vic Branch) would like the healthcare sector nation-wide to set an example, or as Dr Bone put it, ‘to get our house in order’. We have joined with Doctors for the Environment in calling for an emissions reduction target for the Australian healthcare sector of net zero emissions by 2040, with an interim target of an 80 per cent reduction on 2014-15 levels by 2030.

However, at a global climate summit convened by US President Joe Biden in April 2021, Prime Minister Scott Morrison resisted calls to set more ambitious climate emission targets. The US, meanwhile, announced it would increase its Paris Agreement target to a reduction in emissions of between 50 to 52 per cent by 2030 on 2005 levels. Unlike more than 100 nations, including the US, the UK, Canada, New Zealand, Japan and Korea, Australia under a Morrison Government did not commit to achieving net zero emissions by 2050 (1).

This is despite Australia being one of the world’s biggest carbon emitters on a per capita basis and having warmed on average by 1.4 degrees celsius since national records began in 1910 (2). We also have the dubious distinction of having among the highest land-clearing rates in the world – in 2018 Australia was the only developed nation to feature in a World Wildlife Fund list of deforestation hotspots (3).

Also in preparation for COP26, the ACTU and Victorian Trades Hall Council is asking union members to send the Prime Minister the message that we need a safe climate and secure jobs, which means stronger 2030 targets for pollution reduction and carbon emissions. We encourage ANMF (Vic Branch) members to sign the petition.

On the Victorian Trades Hall Council’s Megaphone Journal site, you can also read our Environmental Health Officer Roslyn Morgan’s article I’m a nurse – here’s why I care about climate change. In May, Ros presented to the International Congress on Innovations in Nursing 2021 on Integrating care and climate in nursing practice.

‘ANMF (Vic Branch) is proud to say that our members have been advocating for sustainability in healthcare for decades,’ Secretary Lisa Fitzpatrick said.

‘For members wanting to know more about introducing sustainable practices in the workplace, get in touch with our environmental health officer, join the Green Nurses and Midwives Facebook page, sign up for the Nursing for the Environment Intensive and check out the resources on the ‘Health and environmental sustainability’ section of our website.

‘We are 94,000 members strong and together we can make healthcare practice more sustainable and influence governments to set the ambitious targets that are crucial in tackling climate change.’

This article first appeared in the July 2021 edition of The Handover. 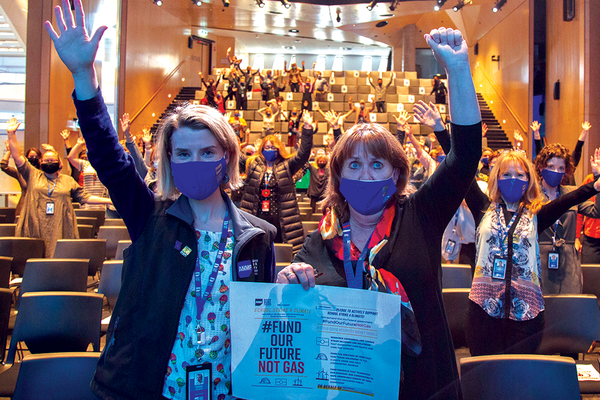