From birth candles to building a clinic in Africa When nurse/midwives Jan Becker and her daughter Chase arrived to volunteer in Tanzania, they found chaos.

‘We got on a plane, you fly for 21 hours… you go to the hospital – and this is the same world, not a different planet – you have no gloves, no running water, no power,’ Ms Becker told nurses and midwives at the ANMF (Vic Branch)/NMHPV Wellness Conference.

‘I said to Chase after the first week, either we’re never, ever, ever coming back or we can’t stop coming back.’

This was a hospital in which women about to give birth were bringing their own chord clamps, equipment for stitches and drinking water. There was a bench in the sluicing area on which babies who had died were placed. This was a hospital where a midwife would find herself helping to deliver a precious fourth baby for a mother whose previous three had died.

‘I have to tell you it was heart-wrenching and heart-breaking.’

Ms Becker decided to find a better use for her skills after a shift in a private hospital. She was the midwife at a hypno-birth with music and candles. After the successful birth, the baby’s father complained about the chicken sandwiches she offered him.

‘I put down the chicken sandwiches and that was the last shift I did as a private midwife,’ Ms Becker said.

Five years on from their first visit to Tanzania, Ms Becker and her daughter are still going back. Chase is now studying to be a doctor, the pair have co-founded a charity, Midwife Vision, and they built a training clinic.

The remarkable Ms Becker is also a helicopter pilot and co-founder/CEO of Becker Helicopters. But she still finds time to travel to Tanzania two to three times per year to volunteer as a nurse/midwife and educator of staff. She wants to pass on her knowledge to provide quality care to the 80-100 women who give birth at the hospital every day.

‘I had a skill – and 80 per cent of maternal deaths in the world occur in sub-Saharan Africa,’ Ms Becker says simply. The same number of babies die in 10 days as Australia’s infant mortality rate per 1000 births, she added.

The power in the hospital still often fails and they run out of necessary instruments but the Becker mother/daughter team have created a better clinical environment than the one they first walked into.

Building the clinic was a process involving building relationships and moving through setbacks. ‘You don’t fall into a vat of luck and come up with the skills or the intention or the success stories – there’s so much heartache along the way,’ Ms Becker told nurses and midwives at the conference.

‘Don’t expect everything to go so fast. Some people want their career just to be fast – they want to get that next job, get that next thing.

‘For me now when I teach resuscitation in labour wards and deal with emergencies, five years ago I was the one vomiting in the toilets thinking ‘I can’t do this’. It’s having the courage to try.’

Ms Becker trained in using ultrasound and undertook the Helping Babies Breathe program so she could teach others essential skills to assist babies who do not breathe on their own at birth.

Jan told nurses and midwives that helicopters require 85 per cent of available power just to hover. For the helicopter to move forward, you need to add an extra 15 per cent.

‘I just chose to put my 15 per cent in a place that would be part of a global solution.’ Count the babies: what we learned Hate the waste in health care? 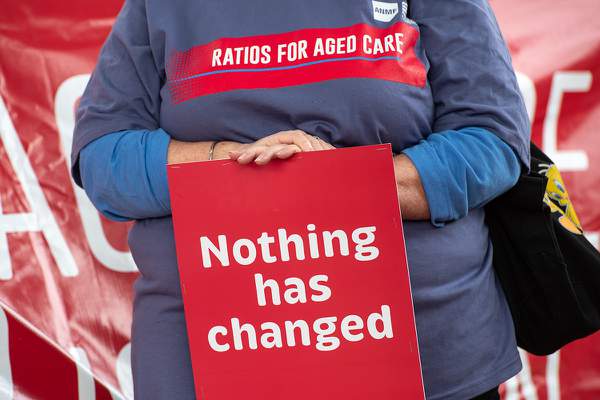