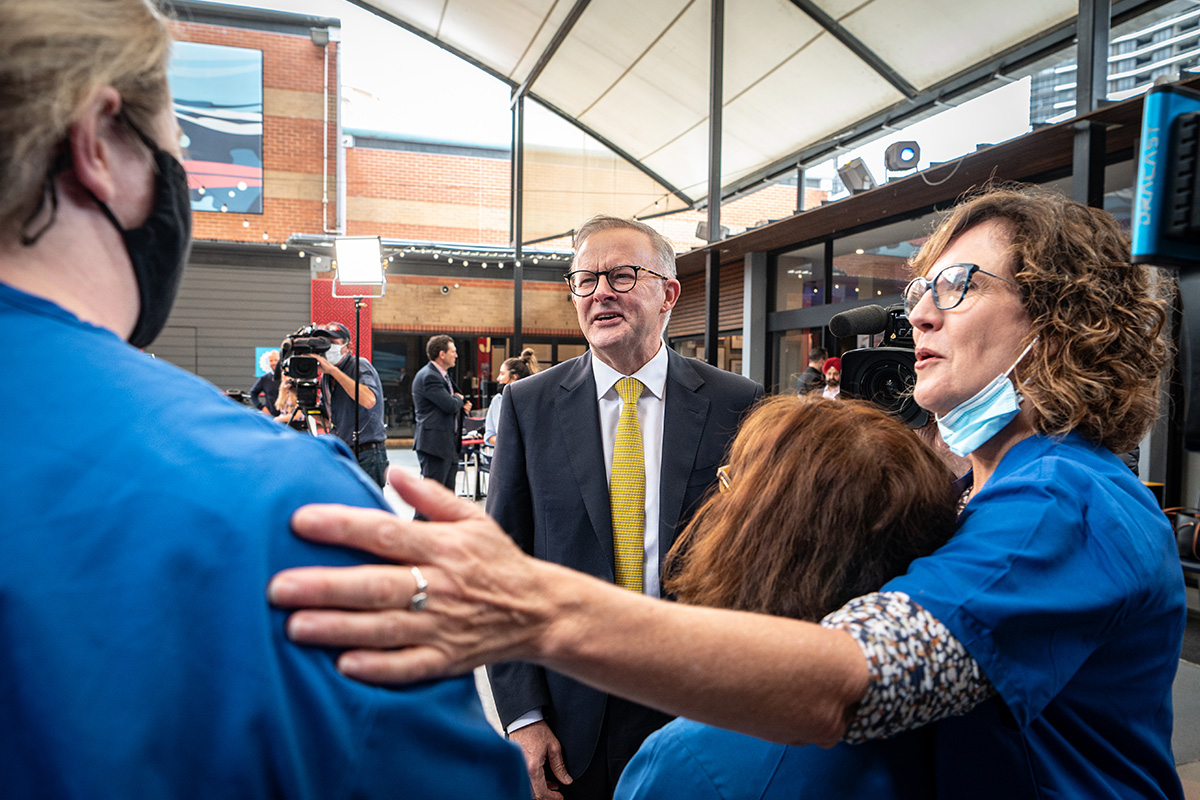 A delegation of ANMF aged care members were in the viewing gallery to hear the Labor leader announce that, if elected, the ALP would implement the critical recommendations of the Royal Commission into Aged Care Quality and Safety.

As part of the ‘It’s not too much to ask’ aged care campaign, the ANMF has four principal election priorities for a well-funded and regulated aged care system with a strong, valued workforce:

Delivering his Budget Reply, Mr Albanese said ‘None of can say we weren’t told how to fix the system, with the Royal Commission delivering a comprehensive set of recommendations for change. The Prime Minister must now explain why he has rejected so many of these important recommendations.’

As outlined by Mr Albanese, the Labor Party’s Budget reply contained a series of commitments that, if the party forms government, would support meaningful and sustainable reform across the aged care sector nationally and deliver on the Royal Commission’s recommendations. Significantly, Labor’s commitments align to the ANMF’s election priorities for aged care – reforms we have been campaigning towards for many years.

In detail, the key budget items in the Federal Opposition’s Budget Reply are:

✅ $2.5 billion extra funding to deliver on the Royal Commission’s recommendations.

✅ Legislated minimum of 215 care minutes per resident per day

Two days prior, on Tuesday 29 March 2022, Federal Treasurer Josh Frydenberg delivered the Morrison Government’s 2022–2023 Budget, which failed to deliver on many of the details of the Royal Commission’s Recommendations and continues to perpetuate the widely documented systemic problems in the sector.

There were some new announcements on top of last year’s announcement of an extra $17.7 billion for aged care, which is yet to make any improvements to staffing or wages.

In detail, the key budget items in the Federal Government’s Budget are:

The money toward medication management and administration through onsite and community pharmacy services overlooks the vital role that nurses have in managing and administering medication in aged care facilities.

Meanwhile, the money allocated to the JobTrainer Aged Care Boost is a drop in the bucket without real reform – especially to staffing levels, wages, conditions and turnover. Likewise, while any funding to provide additional clinical placements for students – including 5,250 more nurses – is welcome, ANMF believes the success of this initiative will be challenged without the real workforce reform needed to sustain and fund nursing staff to support and supervise them

Ultimately, following two years of the COVID-19 pandemic, there is little in the Morrison Government’s Budget to support an aged care workforce now at breaking point. The meagre allocations outlined above would have little to no impact on widespread issues that have now, due to years of inaction and the COVID-19 pandemic, degraded to a crisis point.

Responding to Mr Albanese’s Budget Reply, ANMF Federal Secretary Annie Butler said ‘After years of inaction, we may finally have a plan to fix the core problems underlining the crisis in aged care. The Morrison Government was given a road map for reform more than a year ago by its own Royal Commission but failed to act on the Commission’s critical recommendations. Instead of overseeing desperately needed improvements, in the year that has elapsed the Government has overseen a deepening crisis across the sector.

‘Our members have given us heartbreaking accounts of the consequences of the Government’s inaction. These are dedicated aged care workers, who have not only suffered the disappointment of seeing nothing change in the last year but who have had to cope with the aftermath of the Government’s insistence that the “country must open up” and “live with COVID”; who have had to bear witness to the devastation this strategy has caused in aged care. They are completely demoralised. Nurses’ and care-workers’ experiences over the last few months have left them feeling abandoned, helpless, vulnerable – and utterly hopeless. They have felt that no-one will ever fix aged care.

‘[Now] nurses and care-workers have finally been given a sense of hope. That a Labor Government might finally treat them, and the older Australians in their care, with the dignity and respect they deserve.’ 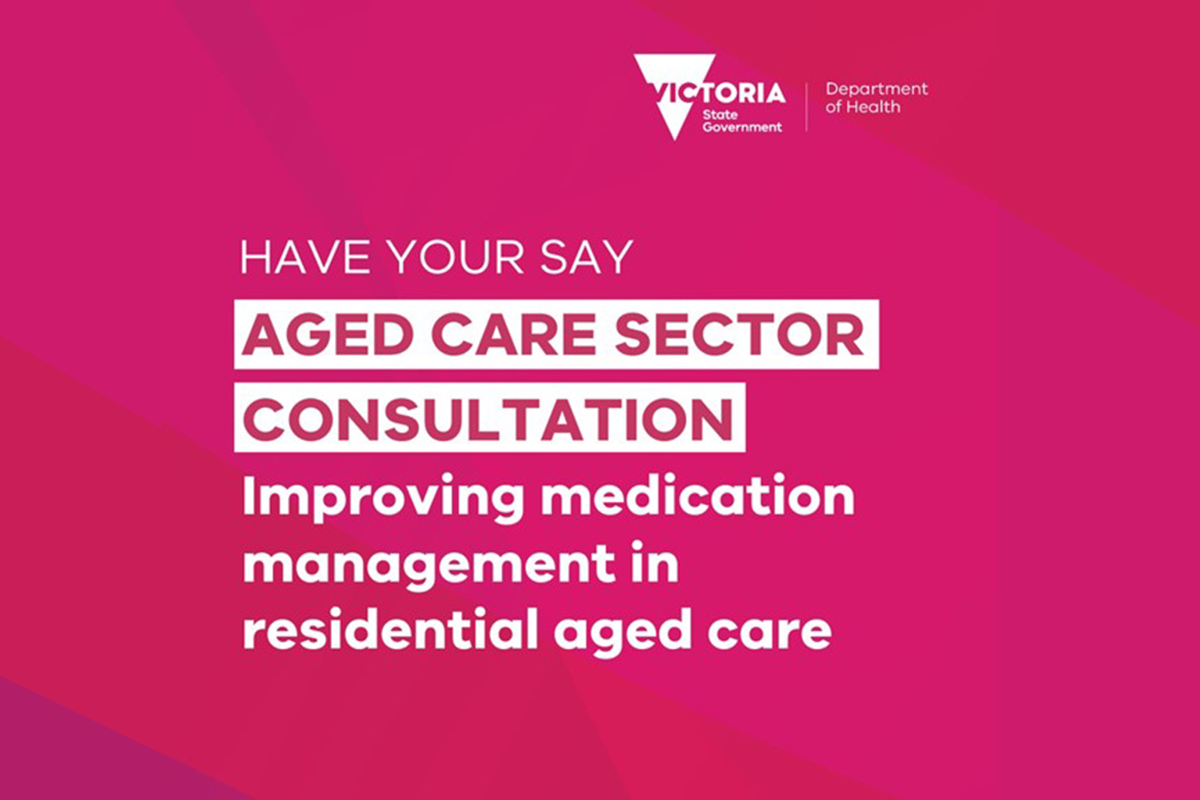 Have your say about improving medication management in aged care 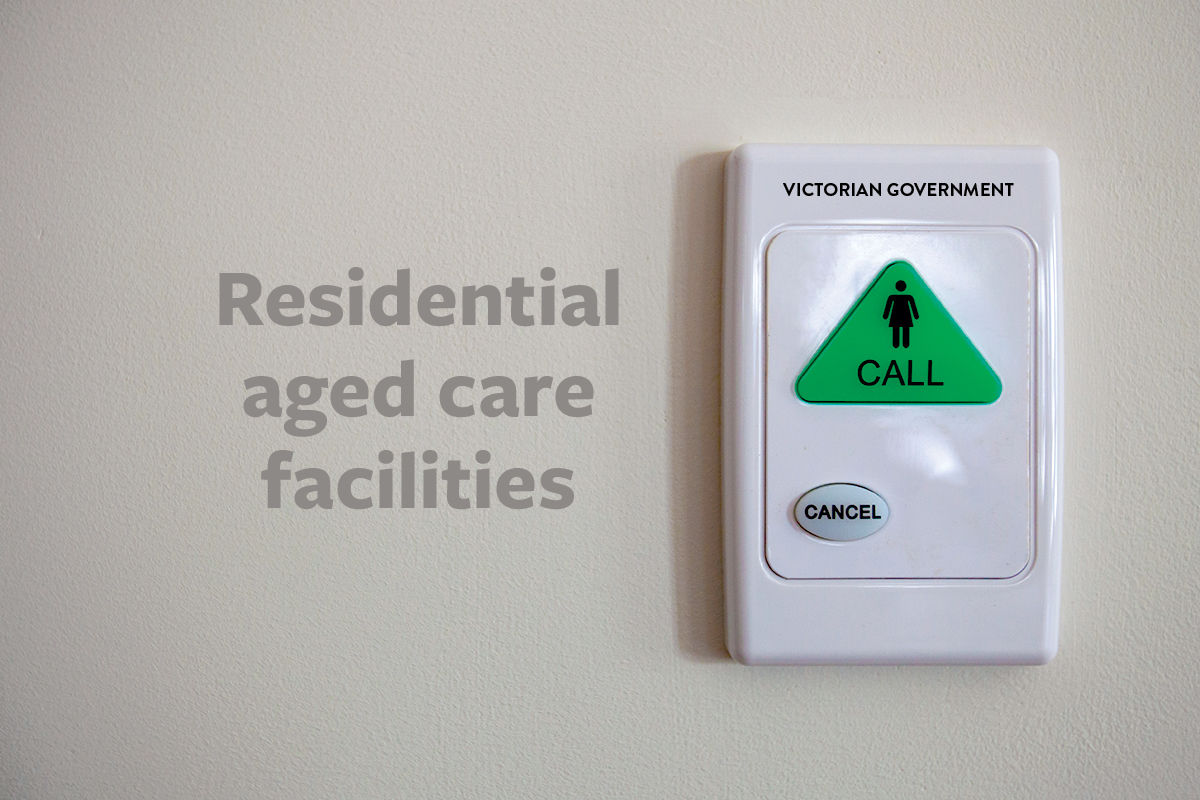 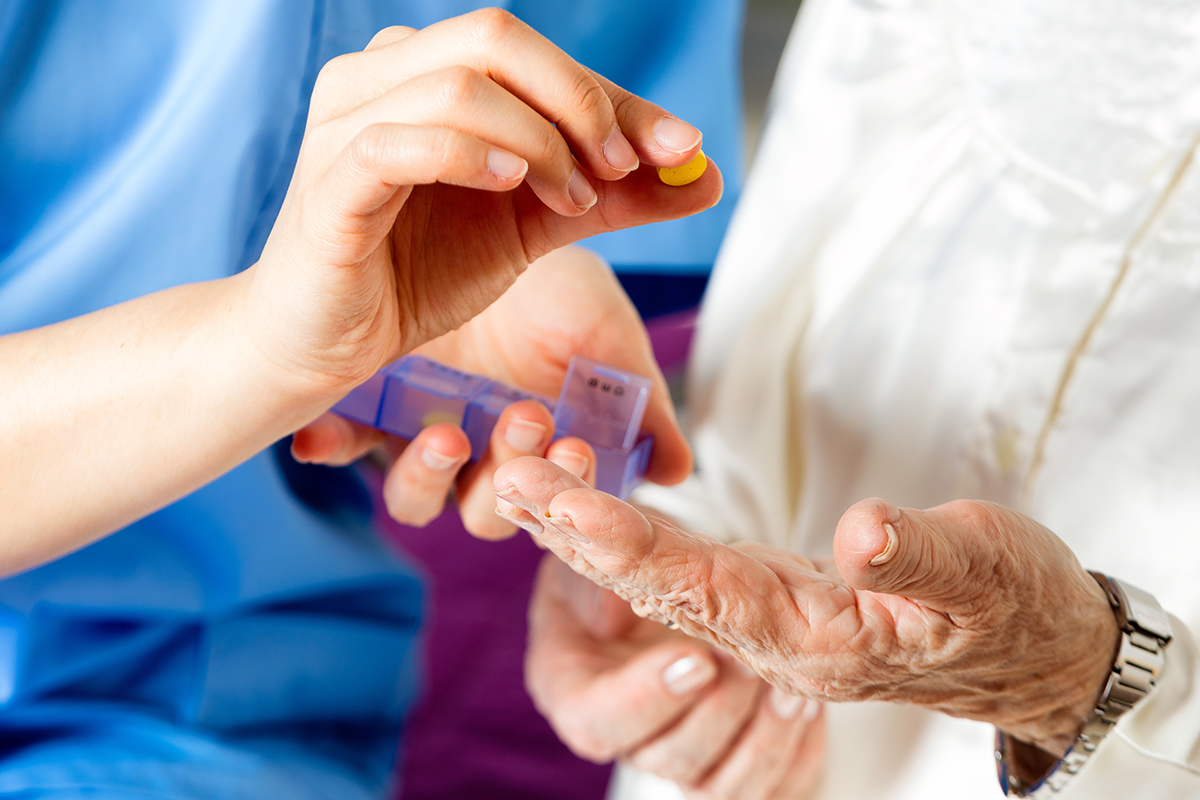 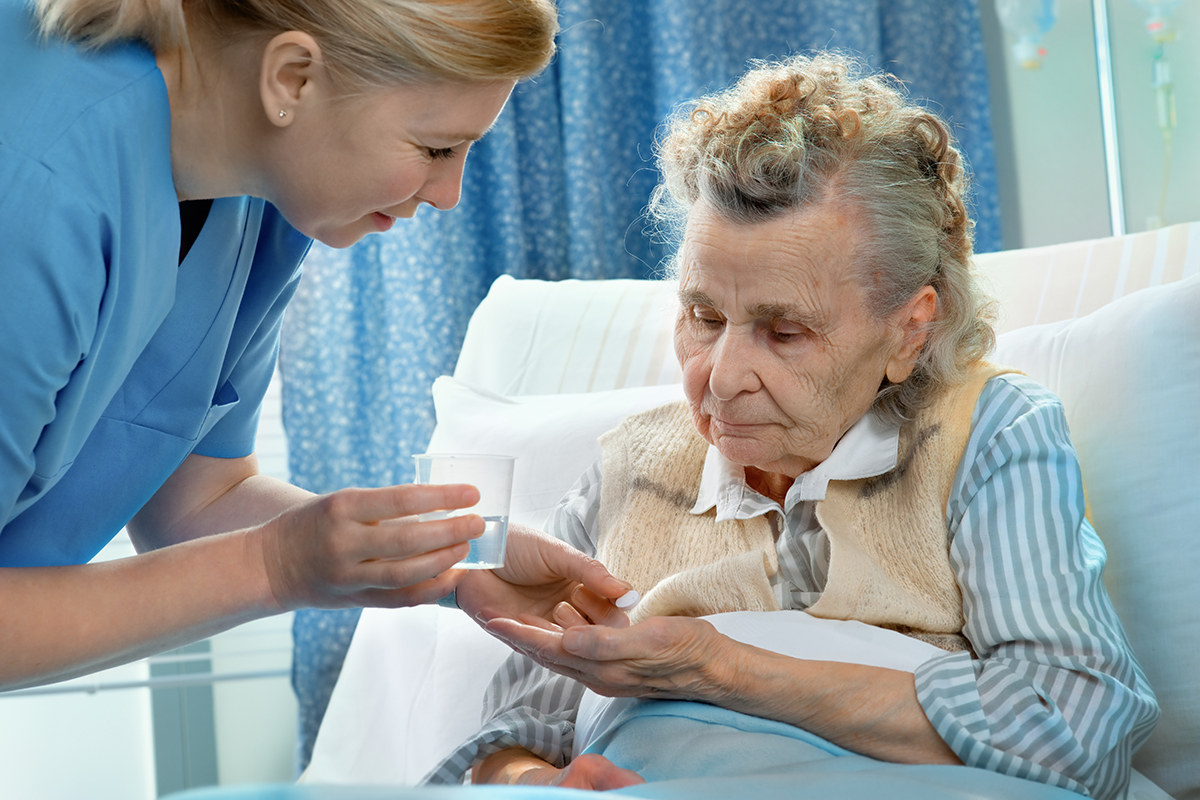 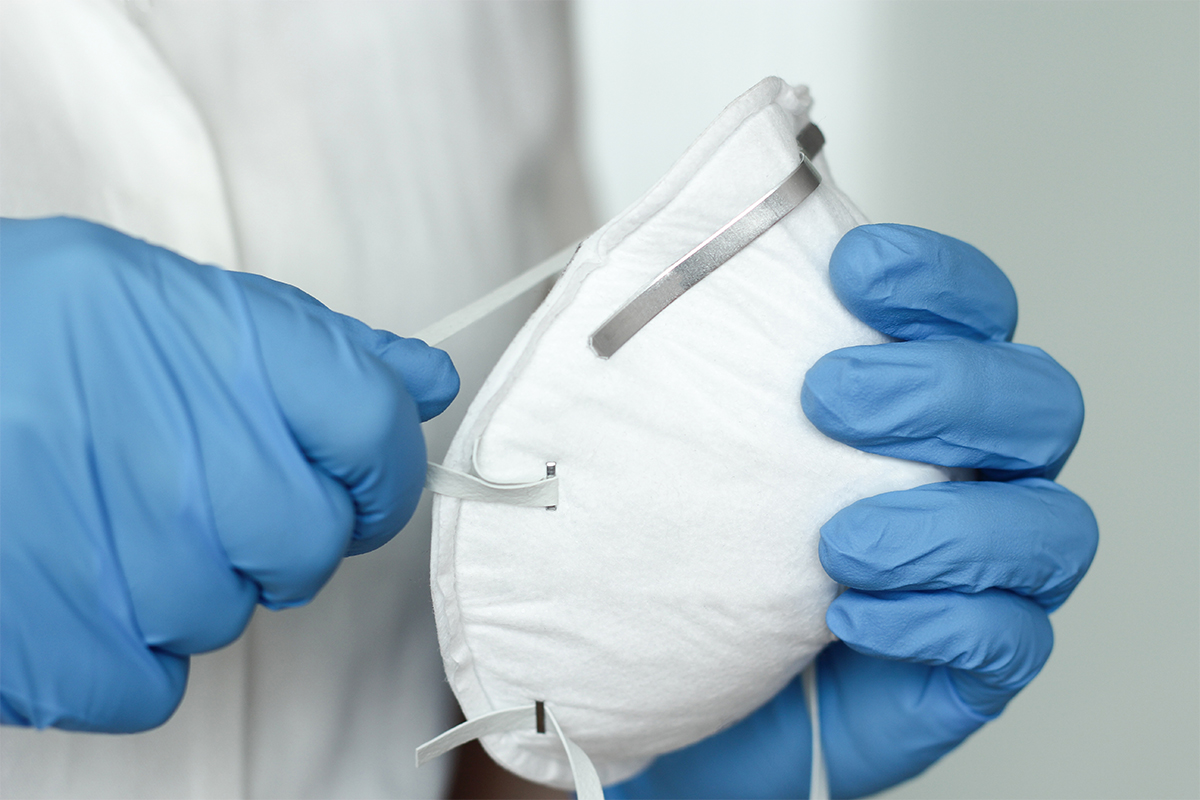