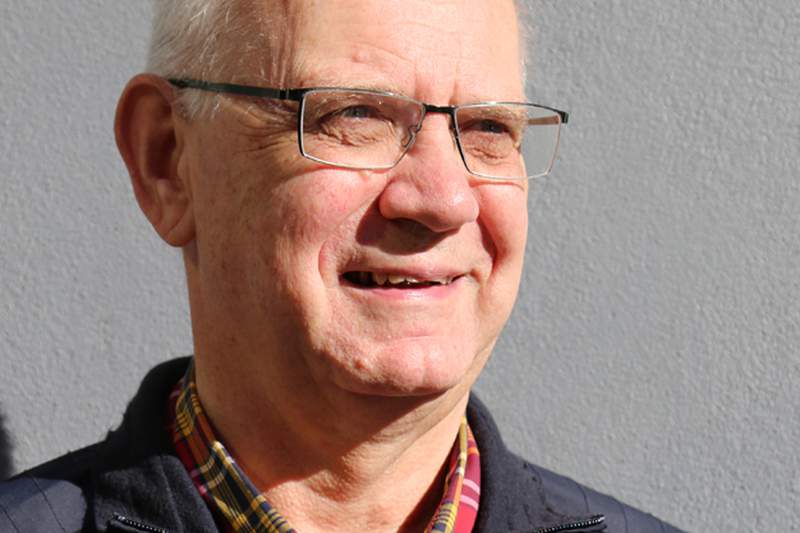 For 43 years, Denzyl (Denny) Hein has been an enrolled nurse, with 37 of those years spent working at Calvary Health Care Bethlehem, Caulfield, a hospital specialising in palliative care and progressive neurological diseases.

In April, the hospital announced an impending restructure that would mean more than 50 staff, including nurses, allied health and non-clinical staff, will lose their jobs.
Although he feels for his colleagues who wanted to keep their jobs, Mr Hein had been considering retirement and was steering toward a ‘tree change’ to Tasmania; the offer of a voluntary redundancy package came at the right time. The hospital’s announcement also followed a hellish 2015, in which Mr Hein’s mother, sister and best friend all passed away.

‘After working in palliative care, I’ve cared for literally hundreds of people who are dying and everyone’s different. Everyone’s different when they get to that stage,’ Mr Hein said. ‘But I tell you, I was totally unprepared for my friend and my mother and my sister. I don’t think anything prepares you for when it affects you. It was tough.’

Mr Hein was in Bali, where his best friend lived, to be with his friend as he passed away in hospital. After his friend’s death and the nurses’ arrival in the room, the other mourners left but Mr Hein stayed on. The Indonesian nurses, despite the language barrier, quickly understood that he was a nurse.

‘I didn’t do anything intentionally. I just stood there and stayed there when they started attending to him,’ Mr Hein said. ‘I started undoing dressings on his feet and they – with no English – pointed at some gloves, and they did the laying out. It was so similar to what we do in the Western culture but it was done in their way and it was done so respectfully. It was an amazing experience.’

Earlier in the year, Mr Hein had visited his parents at their home in South Africa. His mother was in the early stages of dementia but the condition was not at the stage where it was affecting her quality of life and relationships. Her death, 10 days before Christmas, though unforeseen, was peaceful.
Then, on Christmas Eve, his sister died, suddenly and unexpectedly. After a year of grief, Mr Hein was ready for a life change when Calvary Health Care Bethlehem announced the job losses that would accompany its plans to rebuild and restructure the hospital.

Mr Hein and his partner visited Tasmania in May with a view to being added to real estate agents’ databases to begin the hunt for a property. They planned to make their move in 2017. To their surprise, they found a house immediately and their offer was accepted within a week.
‘I always dreamed of having a lovely garden – I enjoy gardening and so does my partner. So to come across two and a half acres of garden was such a bonus,’ Mr Hein said.
Mr Hein grew up on a cattle farm in Rhodesia (now Zimbabwe), leaving his home country in the middle of a civil war. He arrived in Australia as a 20-year-old, having narrowly avoided being called up to fight in the Bush War. The acquaintance who met him at the airport was a nurse – Mr Hein decided to become a nurse too.

Despite the casual happenstance surrounding his choice of career, Mr Hein has never regretted it.

‘I can’t imagine not being a nurse. I can’t imagine doing anything else…it’s not just about caring for patients, it’s all the stuff that goes with it,’ he said.

‘When you’re caring for patients in palliative care, you’re (also) caring for their grieving families and friends. You’ve got to keep your professional boundaries but you form quite strong bonds with some people and their relatives.’

Mr Hein became an ANMF member during the 1986 nurses’ strike and has been active in supporting his colleagues both as a Job Rep and as a member of the ANMF Branch Council. He remembers being inspired by former ANMF (Vic Branch) Secretary Belinda Morieson, when she addressed Job Reps-in-training. ‘She lit up the room,’ Mr Hein said. ‘How she spoke made me so proud to be an ANMF member’.

Being on Branch Council (2002-2003 and 2005-2009) was ‘an amazing experience’, hearing about issues affecting the broad spectrum of nursing, across the private and public sectors. As he entered the final week of his nursing career, Mr Hein had high praise for ANMF (Vic Branch) organiser Jo Petrini, who has represented him and other ANMF members in negotiations with Calvary Health Care Bethlehem.

For the full August edition of On The Record, click here. 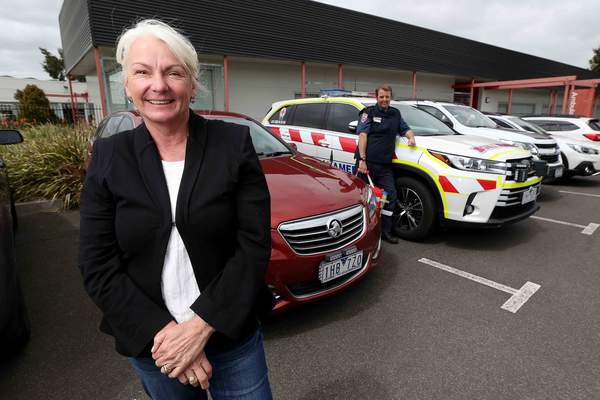 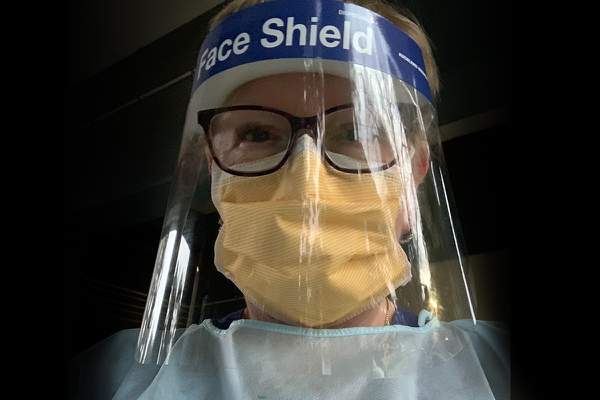