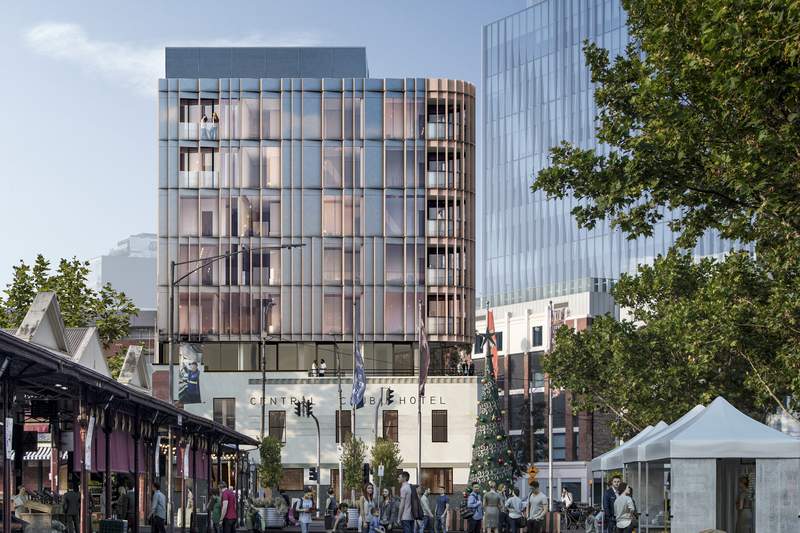 The view of the proposed redevelopment of the Central Club Hotel from the Queen Victoria Market. The ANMF (Vic Branch) building is on the right.

Toward the end of 2021, architect Andy Bancroft and interior designer Jacinda Jones from BayleyWard provided ANMF with an update on construction of the member accommodation at 240-248 Victoria Street, North Melbourne.

As previously reported, the Branch is redeveloping the site, which is adjacent to the ANMF headquarters in Elizabeth Street, in order to provide affordable and convenient accommodation for regional and rural members who attend conferences and professional development in Melbourne. The accommodation will also be available for any members to book at discounted rates for short breaks.

At this stage it is expected the building will be operational by February 2023. It will feature 29 serviced apartments for members (including wheelchair-accessible apartments), with the flexibility to accommodate individuals and families. The building will also feature a micro hotel, a pub and a basement bar.

The building is situated on a very prominent street corner, ‘and in redeveloping it we really wanted to celebrate that,’ Bancroft said, while also embracing the site’s history and heritage (it has a grade three listed façade, ‘which means it contributes to the heritage value of the street.’). The building has existed since at least Victorian times, when it was a horse-drawn cab bureau. During the inter-war period, it received ‘a bit of an art nouveau remodelling’ and by 1964 it had become the famous Central Club Hotel. ‘From a heritage context, that’s where we’re heading back towards,’ Bancroft said of the design’s inspirations.

According to Bancroft, the building is going to be world class ‘and will set new benchmarks for sustainability’. In order to achieve this, the building will feature, among other things:

The building will adhere to passive house standard, which is a ‘holistic construction certification standard that employs a set of design principles to achieve a rigorous level of energy efficiency’. A passive house building has to be built in accordance with the following five building-science principles: Once the building is operational, there’ll also be a lot of green star initiatives in place such as waste recycling and best practice initiatives to limit waste.

In terms of net zero pathways, the current building code ‘comes nowhere close’, Bancroft said, adding that this building will be ‘around 80 to 90% more efficient than the current code’. By way of example, he mentioned that the windows will be triple glazed rather than double glazed; the walls will be thicker than standard, and have more insulation.

Speaking to the interior design of the building, Jacinda Jones said the team were excited to be creating ‘a special place’ for healthcare workers. ‘We don’t often get to design for such a deserving crowd, so we started with the overall concept of caring for carers.’ An artist’s impression of the accommodation’s interior

Jones added that their aim to create a space where ANMF members ‘can feel nurtured’ sits well with the overall building concept of sustainability ‘because we’re effectively creating a healthy building – healthy for the environment and healthy for the people who use it.’

ANMF is also looking to invest in holiday accommodation in regional Victoria based on members’ responses to a survey in early 2021. Discounted quality accommodation is a popular member benefit offered by the Western Australian and South Australian branches of the ANMF and other unions such as the Police Association Victoria. Updates will be available soon. 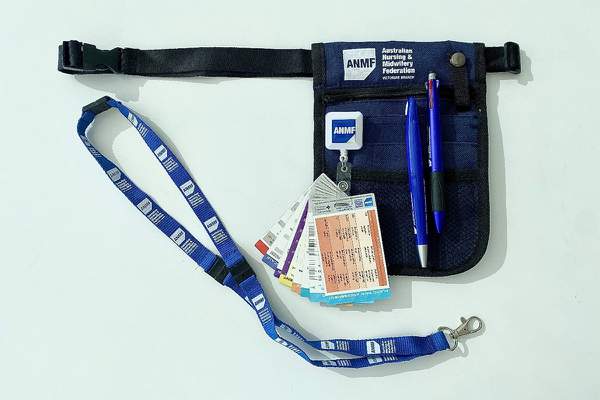