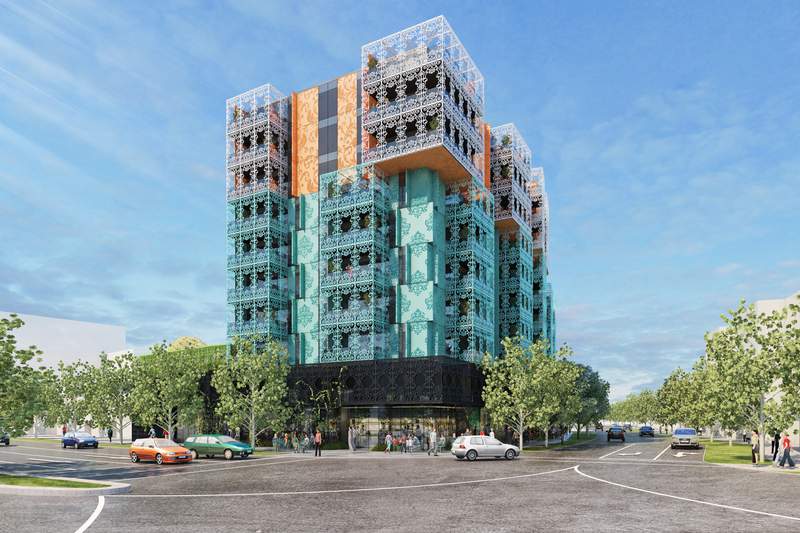 ANMF (Vic Branch)’s donation to Launch Housing has been used to purchase land for social housing in Dandenong that can accommodate more than 60 mothers and 200 children.

In a briefing to ANMF (Vic Branch) Council, Launch Housing Chief Executive Bevan Warner said half of the Branch’s $5 million donation had been spent on land for the Dandenong development, which would incorporate office and community space, and support services including family counselling and trauma care.

The building will provide much-needed safe, supportive housing for women and children fleeing family violence, which is now the primary cause of homelessness.

Mr Warner said although Victoria was the most progressive state in Australia, it spends the least on social housing, with fewer social housing units per capita of any state.

The flexible design of the $31m Dandenong development will allow for different-sized families to inhabit the 60 apartments, which will be a mix of studios and two-four bedroom apartments. The apartments will be able to be upsized or downsized to suit the needs of new tenants. There will be a 24/7 concierge and a children’s play area with a sensory garden.

Mr Warner said Launch Housing was still raising the remaining funds for the development and construction would take two to five years. Mr Warner said the $2.5m could create 18-20 homes in the Frankston region for older, single women – the fastest growing homeless cohort. Launch Housing will undertake consultation with representatives of local and Victorian governments on potential sites and report back to ANMF (Vic Branch) Council.

In closing, Mr Warner thanked ANMF members for their generosity and commitment to contributing in a very real way to addressing homelessness and those surviving family violence in the state of Victoria.