ANMF members march to ‘change the rules’ around aged care Midwife Katrina and her son

ANMF members wanting legislated staffing ratios in aged care and a fairer deal for all Australian workers joined over 100,000 unionists, community members and families at a mass ‘Change the rules’ rally on 10 April.

Members wearing our trademark red union shirts and purple ‘Ratios for aged care’ t-shirts marched through Melbourne’s streets demanding an end to wage stagnation, insecure work and cuts to penalty rates under the federal Coalition Government, and mandated staffing ratios to care for our elderly and vulnerable in private nursing homes.

ANMF (Vic Branch) Secretary Lisa Fitzpatrick appealed to the massive crowd of workers to remember union values when they cast their vote at the 18 May federal election. These values include lending a helping hand to those less fortunate, protecting workers, taking action on climate change and demanding safe staffing levels for the voiceless, vulnerable residents of private nursing homes.

Laurie Bennett came to the rally with his daughter Linda to support the aged care staffing ratios campaign and the nurses who provided ‘wonderful care’ to his late wife Shirley when she was in a nursing home. Laurie said that despite nurses’ best intentions, there simply weren’t enough staff in the private nursing home to provide care when it was needed.

‘Sometimes if Shirley wanted help, you’d have to wander around before you could find somebody to come and help her…there weren’t enough nurses to attend to the needs,’ he said.

Jane Seaholme, who began agitating for improvement in aged care in response to poor conditions in her mother’s nursing home, marched with ANMF because she shares our passion for mandating ratios. ‘Residents’ needs cannot be met when so few staff are expected to look after so many.  This leads to neglect and neglect is abuse,’ Jane said.

Midwife ANMF members Kate and Katrina came to the rally with their children to support aged care nurses. Katrina said she was shocked by how many residents registered nurses have to care for in private nursing homes. She said one nurse she knew had to care for 80 residents.

ANMF Job Rep Chris Morgan was also at the rally because she wanted to change the rules around aged care staffing: ‘We have an aged care crisis…with sometimes three to four carers looking after up to 120 residents on a night shift.’

‘This lack of…staff leaves our elderly citizens at risk; more risk of falls, potential injuries, (and) medication errors, which leads to hospital admissions.’

ANMF member Patrick Small works in rehabilitation nursing but was also attending the rally to demand a change to the rules around staffing in aged care.

‘Ratios matter in aged care. All nursing matters,’ he said. ‘If you improve conditions in one area of nursing, you improve all nursing. We advance together.’ Patrick said we should also bear in mind that many of us end up in hospital or aged care at some stage, so staffing is an issue that would also affect us directly.

(Photos above by Chris Hopkins)

In Victoria, public residential aged care facilities have nurse: resident ratios under the Safe Patient Care Act but ratios do not apply in private and not-for-profit aged care homes, and nationally.

In the lead-up to the federal election, see which MPs have committed to supporting staffing ratios in aged care homes. ANMF member Jun Rey (pictured) used to often work overtime as a nurse in private aged care because there were too few staff to provide needed care for residents. He attended the rally with his wife, Susie, a general practice nurse, and their two children, in support of aged care staffing ratios.

‘I have to voice my feelings rather than keep it to myself because I want to help my colleagues as well. I understand how hard it is and they need our voice.’

See which MPs have committed to supporting staffing ratios in aged care homes ahead of the 18 May election. 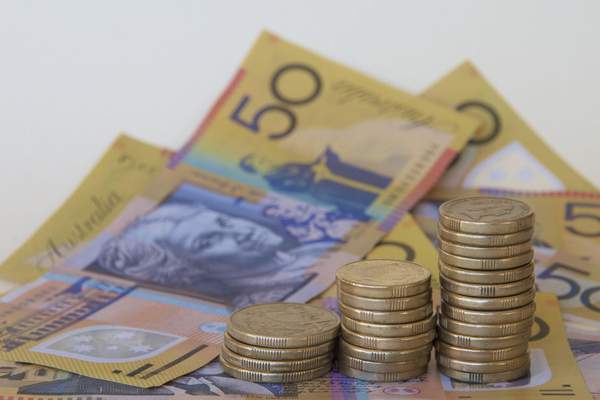