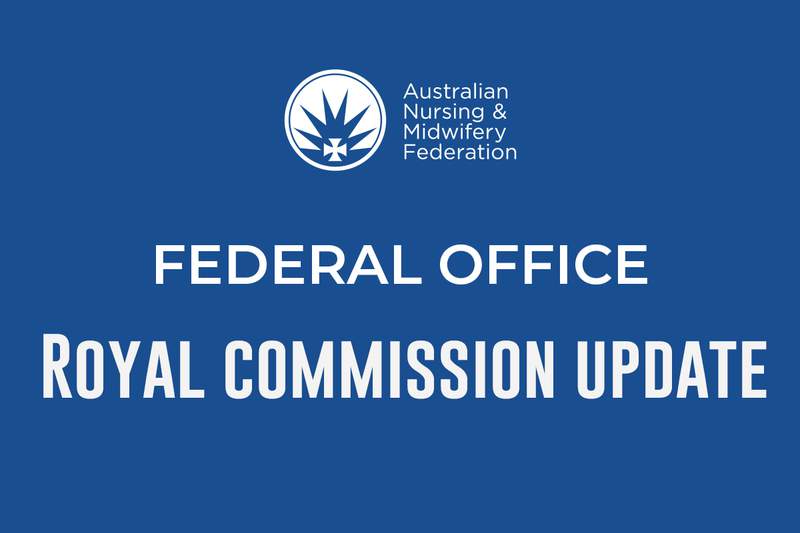 The Royal Commission into Aged Care opened with a preliminary hearing on Friday 18 January in Adelaide to outline the direction the inquiry will take over the next 15 months.

At this introductory stage, no witnesses were required to appear.

All approved aged care providers were invited to make submissions detailing instances of substandard care that occurred at their facility from 2013. The top 100 providers were asked to respond by 7 January and the remaining almost 1,900 providers have been given a deadline of 8 February.

The Commission acknowledged the 83 responses that have been received so far and encouraged providers to continue making their submissions.

The Royal Commission noted that many of the letters already received “expressly acknowledge the dedication of many thousands of those engaged in the aged care workforce and the critical role of those people in delivering high quality aged care.”

More submissions are expected in coming months as the inquiry unfolds.

Public hearings, together with roundtables and community consultations, will be conducted throughout this year and into next year across Australia, with aged care workers, residents, families and the community. The Royal Commission is expected to visit each State and Territory capital city and regional centres throughout the country.

The Royal Commission is a once-in-a-lifetime opportunity to come together as a nation to consider how we can create a better system of care for elderly Australians that better aligns with the expectations of the Australian people. The hallmark of a civilised society is how it treats its most vulnerable people, and our elderly are often amongst our most physically, emotionally and financially vulnerable.

The Commissioners are therefore encouraging submissions from all Australians with an interest in aged care.

How to make a submission

The Royal Commission is encouraging people to make a submission using the online form on the Commission’s website but they will also accept submissions by phone (1800 960 711 8:00am-8:00pm AEDT weekdays except on public holidays), letter (GPO Box 1151 Adelaide SA 5001) or email. Submissions can be made anonymously or confidentially.

Unlawful for an employer to take any negative action against employees

If you have any concerns about this or a related issue, please contact ANMF (Vic Branch) for support immediately.

The Royal Commission’s first substantive hearings are scheduled to commence on 11 February in Adelaide, continuing into the week of 18 February.

The ANMF is currently preparing its submission to the Royal Commission. Members will receive further information from us in the coming weeks on how they can get involved.